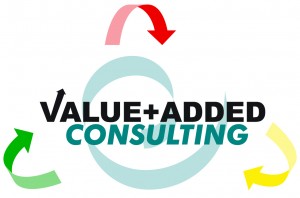 The departure of an executive director is a transformational event for a nonprofit, regardless of the circumstances.  Whether the departure is by accident or by design, the burden of replacing that leadership rests with the Board of Directors. Whether it’s assistance in succession planning or placing an experience Interim Executive Director, The Nonprofit Center can ease the distress often associated with significant change.

What is your organization doing to prepare for its eventual change in leadership? How are you grooming your future leaders? The experts tell us that there is little to lure young nonprofit professionals into future executive director positions and that we have to act to change that or risk serious damage to the nonprofit sector.

Nonprofit Center Study Reveals Few Nonprofits Ready for Leadership Transition
The Nonprofit Center conducted an informal study to get a sense of whether the Greater Philadelphia region will experience the same leadership gap predicted in other major metropolitan areas.

As today’s baby-boomers, many of whom are the executive directors of local nonprofits consider retirement, are plans being made to groom their replacements?

The answer, unfortunately, is still no.

Here are some of the significant findings:

In the national study of nonprofit executive leadership responses indicated:

The Nonprofit Center, in anticipation of these pending leadership changes, has two programs to aid nonprofit boards and executives in addressing this crucial issue.

Our work in this area includes:

“If nonprofits do not act now to address their failure to have a plan for leadership succession, as well as committing to developing new managers, this leadership gap will extend to include managers at many levels of an organization and threaten its ability to fulfill its mission,” says Laura Otten, director of The Nonprofit Center.

The Nonprofit Center is available to help your organization’s executive director and board face its responsibilities for transition planning now. For more information, contact Lori Moffa at [email protected].