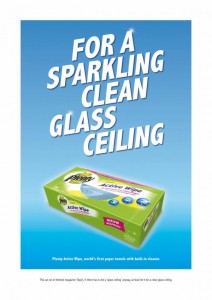 Last week, my niece sent her mother and me a blog written by a colleague of hers. The woman had been home in India when the well-publicized gang rape occurred. The blog was a plea to all Indians -and everyone else – to pledge to end gender based violence.

How was it that after so many years of working to make the world understand that women are, indeed, human beings, with brains, skills, abilities such wonton disregard for women could still be happening?

How is that that a country as advanced as India is in so many ways could have so many people who harbor such attitudes that women are non-humans, and thus free to violate?  Last week, in her closing commentary on NPR’s show “Tell Me More,” Michel Martin worries less about the lie told by Manti Te’o, saving her fury for Notre Dame University for failing even to investigate two allegations of sexual misconduct against Notre Dame football players, one of which ended with the alleged victim committing suicide.  Seriously?  In the United States in 2012?

And throughout this, this headline kept beckoning me from my in-box:  “Women Leaders Excel in the Nonprofit Sector in Every Way, Except Pay!”  Seriously?  In the United States in 2013?

Yes!  The headline is the result of research by TCC Group using information found on its own Core Capacity Assessment Tool, as well as the 990s.  Based on 1000 nonprofits with revenue between $150,000 and $5 million, with less than 2% having revenue greater than $50 million, the average salary paid a female at the helm of a nonprofit was $89,474 compared to her male counterpart who received a salary of $121,625.  What is so distressing is that we saw her making 74 cents to his every dollar in 1996 in the general workforce; today, that differential has shrunk a tad so that in 2010, she makes 77 cents to his dollar.  Yipee!  I am sure there are plenty out there -just hope you aren’t reading this blog – who are saying, “Yes, but in 1951, you women were only making 64 cents to his dollar, so you should be happy!”  Well, I’m not.

Ironically, neither the pink collar ghetto nor the glass ceiling exists, for the most part, in the nonprofit sector.  TCC found that 64% of nonprofits are lead by women.  To make the salary differences even more alarming and smack even more of old ways of thinking (i.e., men are the breadwinners), is discrimination and a lack of knowing the facts.   In 2011, 70.6% of mothers of children under the age of 18 were in the labor force, as were 65% of female-headed, single parent households with children under 18, according the US Census Bureau.  Women’s income does matter to the quality of life of families, be they the head of the household or a partner in the household.  Move on, boys!

What is, in many ways, truly sad about this salary differential is that women leaders were found to be more effective than men in 11 out of the 13 key areas of organizational leadership that TCC assessed.  I’ve got to list them because several go against some of the historically listed reasons why women shouldn’t and couldn’t be leaders:

Only with financial management and technological capacity were male leaders rated as being more effective than women.  And for that they get 25% more?  Yup, seems very logical to me.

In the old days, we should to argue for equal pay for equal work.  Seems like we can’t even get equal pay for better work!  But the picture got even worse when TCC looked at fundraising performance – that executive director task that is so all important to boards.  With one exception, female and male leaders were equally successful at fundraising, regardless of the budget of their organizations and still they were paid significantly less (and for you statisticians reading this, I do mean statistically significant) than men.

The exception was with organizations with a budget between $1.25M and $3.75 million, where men performed at a far superior level, increasing growth by 27% compared to a 4% increase by women leaders.  But that did not explain the salary differential.  Looking at organizations in this budget category with annual growth rates better than 20%, men and women performed the same, yet, once again, got paid quite differently:  women leaders received an average compensation of $115,000 while their male counterparts earned $135,000.  TCC’s data even demonstrates that women have to work 5%-10% harder than men to earn the same salary.

Seriously? In 2013?  But why?   As suggested above, if we are honest with ourselves, discrimination against women in the workplace does still exists—held by both males and females.  So do the myths that 1) women are simply not as capable leaders as men and 2) men are the breadwinners in families.  [This despite the fact that in 2010, according to “The New Breadwinners:  2010 Update,  64% of working mothers were either breadwinners (meaning they earned as much or more than their partners) or  co-breadwinners (earning at least 25% of the household income, but less than their partners). ]  We’ve been working for a long time trying to chip away at discrimination and stereotypes, albeit with progress but not complete success.  And we will continue to do so, recognizing changing others takes time.

But there is a more immediate solution that “simply” involves women changing their behavior.  Women must stop devaluing themselves, stop accepting and settling and start asking to be paid what they are worth.  And that is every penny as much as men—if not more.  After all, we are doing a better job than they are.