Nonprofits, like so many of us,  are still dealing with the aftermath of Hurricane Sandy—but not just in the ways you might think.  Yes, many nonprofits suffered the same kinds of damages and losses that the very community members they served and helped during the crisis.  Thus, like their friends, families, neighbors, and fellow residents, they are cleaning up and rebuilding.  Nonprofits hit by Sandy, however, also have two unique problems that others in the community don’t have.  And all nonprofits need to learn the lessons from these problems. 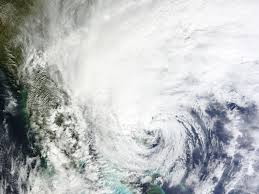 Let’s start in New York where Attorney General Eric Schneiderman has been following in the footsteps of his crusading predecessors, Eliot Spitzer and Andrew Cuomo, out to extrude bad nonprofit apples in the bunch.  Recently, Schneiderman asked 75 nonprofits (with more to come) that are raising money for Sandy relief to answer seven questions, the answers to which will reveal if the nonprofit is truly using the raised funds for Sandy relief—as the law would require—and not simply raising funds under an easy banner that will be used for other purposes.

The questions address issues of the past, present and future, from how much has been raised for Sandy relief to date, how has and will that money be used and what are the plans for any surplus that might be raised.  Responses, will be posted online for universal access.   Now, potential donors from all around the world who wish to help victims of Sandy have additional information to help them make the best selection for their donation.  Unfortunately, the questions don’t ask about ( nor does it appear that the Attorney General will provide this information from his own databanks), an organization’s track record in raising restricted funds and using them only for that restricted purpose, something that would be valuable to know.  As is said in so many arenas, past performance is the best predictor of future behavior!

Anticipating some push back from nonprofits that would claim that answering a questionnaire is a distraction from doing the important work of disaster relief, the cover letter included a mea culpa:  we recognize you are busy and, thus, have limited the amount of information being solicited.  Such push back is the short-sighted response that plagues too many nonprofits and calls attention to a nonprofit’s failure to understand that nothing is more important than protecting the credibility and reputation of its organization.  It is hard to do disaster relief—or any mission work—if people don’t find an organization to be trustworthy.  And if an organization isn’t smart enough to call attention to its own strong moral and ethical footing, then welcome the Attorney General’s help.  Not all “interference” is persecution; some is actual real and worthy help—even if we should have thought of it ourselves.

Moving on, there is a little known, yet pervasive, problem that Hurricane Sandy caused.  Fortunately, it won’t cost billions, or even millions, of federal or state dollars to correct.  It doesn’t require shifting tons of sand or rebuilding homes.  It is, quite simply, a moral question. It isn’t unique to Sandy; Sandy won’t be the first or last time the question is raised; but it should be the last time the answer is a struggle.  In, fact, I am sure that the horrific tragedy in Sandy Hook, Connecticut, is presenting a similar challenge.

Hurricane Sandy happened just at the time of year nonprofits begin sending out their end of the year appeals for donations.  Some nonprofits had already released their letters in the mail when Sandy hit and worried that the recipients would perceive them as callous, greedy, insensitive, and more.  Others found themselves with hundreds of letters at the mail house waiting to go out and pondering what was the “right” and “best” thing to do.  To send or not to send?  What will the recipients think?  These were not academic discussions held around staff and board tables, but real hand-wringing conversations that tied folks up in knots for days.

The answer is, of course, to send.  And if it isn’t too late, to send with sensitivity, acknowledgment and no apology.  If your organization is truly worthy of support when all is right in the world, then it is worthy when there is distress, loss and sadness in the world.  If your nonprofit is really enhancing the public good, as every nonprofit is supposed to do, the public good will continue to need that enhancement throughout the coming year.  Which means you will need the dollars that will come in response to the appeal (even if fewer dollars come in than last year).  Fortunately, most Americans are not one-dimensional in their charitable giving, but chose to give to multiple nonprofits from different parts of the nonprofit sector.  Failing to send your appeal may deny them the opportunity to pursue all of their charitable interests.  And failing to send your appeal devalues your organization’s contributions to the richness of our communities.