Recently, a dear friend (who is both beautiful, charming and witty, all of which I promised to say whenever I reference her in a blog), asked me if we should have a female model for fundraising. She had been talking with another friend about fundraising for women’s organizations and causes and had begun wondering whether we weren’t using a male model for fundraising, akin to our earlier understanding of heart attacks, built solely by studying males. 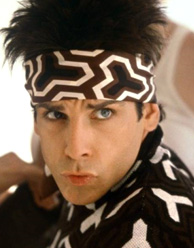 I had two immediate reactions, though seriatim. My first was, “oh, no, please not another fundraising model!” My second was, “if we have male and female models, then we need an age model and a cultural model and, and, on and on.

We already have two age fundraising models: the classic Pyramid of Giving model for at least boomers and older, and perhaps even older Gen Xers, and the Vortex model, for millennials, maybe younger Gen Xers. We don’t yet know about Generation Z. When it comes to culture and race, we don’t have models, but we do have awareness that fundraising must be must be culturally and racially sensitive. Sensitivity and models aren’t one and the same, but maybe we should forsake models for sensitivity.

And then there are the male-female differences. Again, according to the Fidelity Charitable report, for example, women are more likely than men to seek the advice of “experts”—subject matter experts, wealth advisors, charity watchdog groups. By comparison, men are far more likely to seek their charitable giving advice from family members, friends and their religious leaders. Despite this, almost two-thirds (64%) of women give from their heart (as opposed to their head), whereas just over half (53%) of men are so motivated. Yet millennial women seem far more independent in their philanthropic choices than are millennial men, as only 16% of the females give to specific charities because of a familial expectation to do so, even though they would prefer to give their dollars elsewhere, while 35% of men cave to familial pressure despite wanting to give elsewhere.

Based just on this carefully selected data, we need at least four models: boomer male, boomer female, millennial male, and millennial female. And let’s not forget that skipped generation of Gen Xers. Or, we can forget models, at least when it comes to fundraising. One of the “facts” of fundraising is that successful fundraising is all about relationships. Even the Vortex model hasn’t scuttled that; it, too, is about relationships, just ones that are episodic rather than linear and consistent. And, as much as we would like to try and systematize relationships, we can’t. And therein lies the challenge with models. Models are developed to make life easier by giving us a fixed set of steps to follow. In essence, models reduce our thinking and, therefore, our behavior, making us mechanical. Models suggest that things are predictable and that we can, therefore, behave in a rote, expected manner. But that is not what the world of fundraising—or successful fundraising, at least—is all about.

As fundraising has become more and more complex, because of all of the ever-expanding complexity of donors, and, thus, in turn, more resource consuming, do we seek models to reduce the intricacy and chaos, and in so doing reduce our success? If we think models will help reduce the resources we need to put into successful fundraising, we are only deluding ourselves. More resources are needed than ever before, if you wish to be successful. Do we write one letter for boomer women and another for boomer men? Do we have one appeal for millennial females and another for their male peers? One for minority boomer women and another for minority millennial women? The combinations and permutations could go on and on.

To deal with the challenges that are fundraising in 2017, have we, by seeking models, lost the very essence of successful fundraising? Is it time to put the unique back into fundraising, time really to know our donors, to forsake the bulk approach in favor of customizing each and every interaction? As the money gets harder and harder to get, we will have to work smarter and harder to get it. What’s the best way to achieve that end?