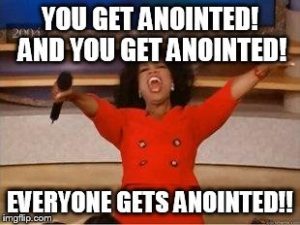 In a recent commentary published by the Philadelphia Inquirer, I suggested that we might consider issuing a “learner’s permit” to brand new nonprofits. This would give them time to get their footing, make their mistakes and assess their viability, before becoming bona-fide nonprofits. When the learner’s permit is about to expire, the nonprofit would have a review (the test) to determine if it had learned enough and gained enough experience to make it worthy of the public trust (and tax-exempt status).

This fits quite well into my thinking on founders who make themselves the executive director or board president of the newly minted organization and then think that gives them the right to stay in perpetuity.  It fits right in, as well, with the boards that allow them to do so. While I believe that every executive director should have a contract, as it benefits both the ED and the board (and, therefore, the rest of staff, clients, the organization, etc.), founders absolutely should have contracts.

I’ll take a step back. One of the biggest mistakes made by so many founders and the boards they create is believing that a founder owns a nonprofit. Nothing could be further from the truth. No one owns a nonprofit. And while there are lawyers around the country who will write incorporation papers and bylaws setting a founder up as the final voice on everything, and in states that allow for a nonprofit board to consist of one lawyer who set the founder up as that sole board member, it is:

a) not the purpose of a nonprofit and
b) nowhere on that good-better-best continuum of nonprofit practices.

People often proclaim to me that they “want to start my own nonprofit.” Whenever I’m told this I explain that it will never be theirs. I explain that even if they plant themselves in the executive director position, they work at the pleasure of the board – as an executive director reports to the board, not vice versa.  If they elect to make themselves chair of the board, they still work at the pleasure of the board, as the board elects its own leadership.
It is equally important for boards to understand this, even those initial boards that are created by the founder—boards of friends and family members: they are the top of the organizational chart, they oversee the executive director, they are responsible at all times for making sure they have the right skills, talents, traits—and, yes, person—in the position of executive director.

Founders, up to a point, are remarkable people: they take an idea and turn it into reality. If they are good founders, they get it off the ground and running. If they are great founders, they recognize their limitations and know when it is time to move on. Yet, that time should come much sooner than too many founders recognize.

While it is possible to find what it takes to launch a nonprofit and the skills needed to sustain a nonprofit wrapped in the same human bundle, the data says this is harder to find than not. To start a nonprofit takes a tremendous amount of passion, creativity, dedication, tenacity, perseverance, and the list goes on. But passion and tenacity don’t sustain a nonprofit; this requires infrastructure, systems, mundane things like job descriptions, technology, performance reviews. It takes a different mind-set, different skills, different goals.

Enter contracts. Contracts force things to happen that should be happening in every well-run nonprofit, regardless of who’s in charge. They force the setting of goals and conditions; they force timelines; they force a recognition of the power relationship between the “boss” and the “subordinate;” and they force performance reviews, something so many boards are extremely loath to do when it comes to founders. Contracts also put squarely on the shoulders of the board the determination of when a founder stays and when it is time for the founder to go.

As boomers are retiring, a reality has appeared: boards have allowed underperforming or wrongly-performing founders to remain in place long after they should. Conversations with these boards often reveals such well-established awareness, along with the position that they were just “waiting for her/him to retire.”

A multi-year contract could prevent all of this—the deterioration of the board-founder relationship, the decline in organizational performance, the outdated systems, if any exist at all, the broken relationships with funders of all types. That contract would have ensured there would be annual goals and on-going conversations about performance and, overall, more accountability.

Most importantly, it could have prevented the backsliding that happens in an organization when the executive director isn’t doing what the organization and clients need but what s/he wants to do, and the board goes along. I’m increasingly convinced that the longer the leash the more both ends go astray.  Contracts keep the leash under control.