Three disparate things happened to me within the course of one workday that all sing a similar and very important message. 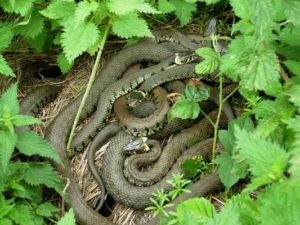 First, was the interview I heard with James Comey on NPR’s Morning Edition.  One of the many compelling comments he made came back to resonate at the end of the day, connecting with two other seemingly disparate events.  Regardless of the impetus for Comey’s comment, his message is one we should all heed.

“We fight like crazy in this country about guns and about social issues and taxes and immigration, and that’s as it should be, and it’s always been that way. But there’s something we all have in common, which is a core set of values that is us as America. Like freedom of expression, freedom of religion, rule of law, equal protection of the laws, the truth. We hold these truths to be self-evident. It’s the fourth word of that sentence. So there’s a thing, a set of values, that’s above our normal fights….And if we lose those, if those norms are degraded, those values are degraded, what are we exactly?”

His question—what, exactly are we when we allow our core values to be degraded, or, worse, to be tossed aside completely?—is a crucial one for every nonprofit to ask out loud on a regular basis and held front of mind at all other times.  In order to answer that question, those core values must be known, clear, cherished and lived.  Sadly, that is not always the case.

Starbucks’ CEO’s announcement of how he planned to respond to the ugly incident at a Philadelphia store was the second event in the series of my day.  His decision to close all US stores (over 8000) for an afternoon in May so that all 175,000 employees can go through training on racial bias, tells us a lot about Starbuck’s values.  (The behavior of one employee tells us nothing about an organization’s culture; the behavior of many employees tells us much.)

Even before the announcement, however, Kevin Johnson let us know something about Starbuck’s culture:  he came to Philadelphia and met with the two men who were removed by the police to personally apologize.   (No telephone call, no letter, no email, but a face-to-face, person-to-person.)

And he didn’t come with just words – he came with a response that he believes will prevent a repeat of the Philadelphia story.  He announced a plan to help ensure that all Starbucks employees and stores embody the company’s core values.  What makes this an even more powerful statement that living your core values must come before everything else, is that this for-profit businessman is insisting on this knowing that his company will lose millions of dollars of profit that afternoon in order to make sure that every employee understands that Starbucks doesn’t believe in and, therefore, won’t practice, or allow, racist behavior.   As you can see from the list below, doing anything less would violate too many of the company’s core values.

The last event in my day’s triad is the story of what an organization looks like when it does run roughshod on its core values.  A dear friend, who is serving as an interim executive director at a social service organization called me for some advice.  He had just discovered that during the gap where no real leadership was in place, several employees had colluded to bring back an employee who had been fired for a truly egregious action that put a client at great risk.  As we talked and I asked questions, the answers and stories told made it apparent that this was but one of many discoveries that revealed an organization without core values, where employees did what they wanted, sought what they needed, and mission and clients be damned.  It was, according to my friend, a nest of snakes.

Regardless of what you think of Jim Comey and Kevin Johnson, they got it right:  without strict allegiance to clearly defined core values, be they equal protection of the law, truth, performance driven through the lens of humanity, we lose who we are and what we aspire to be.  We become a nest of snakes.  To protect ourselves, to never have to know what we would be if we lost those core values, leaders must make sure that core values are not simply words on a page or a placard, but a living part of the organization.  They must be the measure by which we operate at both the collective and individual level, the thread that unites all conversations and spurs ideas and the guide for what we say and do.