Home / Thoughts & Commentary / Changing a Culture of Racism and Misogyny

At some point, we all come to understand that perception is reality.  For such a basic fact, so many are all too frequently caught short by this.  Our failure to remember this day in and day out allows problems to develop that never should have been there in the first place. 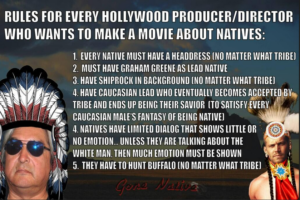 A recent conversation about racism is proof of this. The conversations that have been swirling as the layers of the history of Harvey Weinstein’s behavior reinforces this.  Let’s begin with racism.  In this conversation, the statement was made that a person who isn’t a racist can do things that are perceived by others are racist.  Shortly after that conversation, I was listening to a story on NPR about companies trying to save money by outsourcing unskilled jobs—the jobs that tend to be at the bottom of the organizational chart, such as custodial, facilities, security.

Without talking about the lack of ethics of this decision, this move is clearly being done so companies can save the additional cost of benefits that would be owed full-time employees.  Having recently witnessed this very act of outsourcing of custodial services at an organization, this act done to save money could just as easily have been seen as an act of racism, as the custodial pool represented the largest segment of minority employees at this organization.  While there is absolutely nothing to indicate that this decision was made by a racist, or for any racist reasons, the perception that some had was that this was absolutely a racist act.   Could some’s perception of racism have been prevented?  Probably not.  Could the extent of the perception been mitigated?  Absolutely.

The stories and conversations I’ve heard about Harvey Weinstein, his antics and the culture that allowed him to be who he was and do what he did for decades, reveals a parallel tale about sexism, and shows how perception is influenced by information.  It would be hard not to have heard the tales of some actresses from the first half of the 1900s who were thought to have slept their way to fame and stardom.  I am sure, though, that most of us not immersed in the world of Hollywood thought that was a relic of the past.  We had the perception that Hollywood had cleaned up its act.  We were wrong.

The fact that it was still okay for the men of Hollywood to treat the women of Hollywood as objects for their own pleasure was so well known that it was a joke at the Oscar awards ceremony in 2013.  Who jokes about misogyny?  Misogynists!  Just last week, James Corden continued treating Weinstein’s behavior as a laughing matter—and while some in the audience laughed, others expressed their disapproval with groans.  Progress?  Not really.  What Weinstein did was the act of one man; what Hollywood did by allowing this behavior to go on is the work of many men, all complicit in his behavior, if not fellow travelers.  Women weren’t cracking the jokes about Weinstein.  Could his behavior have been stopped way back when?  Most likely not; with such an ingrained mind-set and enormous arrogance, change was unlikely.  Should he have been reviled and removed from places of influence decades ago?  Absolutely.

Certainly, all of the these situations could have been prevented had the people involved only stopped to think things through to the end and looked at the situation through the eyes of those whose lives were being trivialized by these actions—employees whose livelihoods were diminished, women whose well-being was sacrificed and then ridiculed.  But I’d rather not rely on such a risky solution as expecting others to think things through that thoroughly to resolve some of the most important challenges that divide our society.

Rather, the solution lies in building work cultures that embrace and live the basic values of mutual respect, human decency and integrity.  It is essential that leaders model this behavior, are held accountable for this behavior and hold everyone else in the organization accountable for this behavior, as well—with real and immediate consequences for failing to do so.  If we in the nonprofit sector—the sector that works on behalf of the common good—cannot achieve such a quality of life at work, how can we expect the other sectors to do so?  And how can we criticize such acts of others if we have not first ensured the quality of the space we call our own?