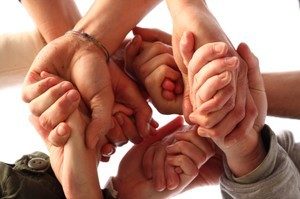 This is the first warning sign that the ultimate executive transition may not go as smoothly as all would like.  I speak regularly about the importance of there being a balanced partnership between the executive director and the board—a partnership where, depending upon the skills and talents needed in a particular circumstance, the better equipped half of the partnership steps up and in.  When circumstances change, what’s needed to bring to bear changes and the other half steps up and in.   And, sometimes, the leading happens in tandem.

One of those periods in a nonprofit’s life where the circumstances are such that it demands that the board lead is during an executive transition.  The fact that these executive directors are planning for their departure and then informing the board of what they have done exposes the fact that this key partnership in each organization is seriously out of balance.  These organizations are overly dependent upon their executive directors.

Which is warning sign number two that these transition may not go well, unless the underlying symptom is addressed immediately—as this is an “illness” that isn’t cured over night.   This illness is boards that either don’t a) understand their job and function and/or b) understand, but opt out of doing it because it is easier to leave it all to the executive director.

While organizations may survive carrying this virus, if not addressed, it can do serious harm to an organization.  It is, unfortunately, not uncommon, though far from healthy, for boards to relax and step back once they believe that they have a qualified and trustworthy individual at the organization’s helm.  And while not excusing this behavior, as it so limits the success that a nonprofit can achieve, such behavior when a brand new person is in the top paid spot—even if that person is previously known to the board—is highly risky behavior.  Thus, one of the things a board needs to be doing as the organization plans for an executive directors departure is its own education and performance enhancement.

The third warning sign that these handoffs may be in jeopardy was that while all three admitted that “no one would want my job” and/or “no one could do my job,” not one of these smart executive directors was thinking about ways to make their jobs more doable and desirable.  (Sadly, too often folks make those statements as a badge of honor, when, in reality, they are anything but).  They were talking about working to stabilize funding, building (up) a reserve fund, making sure all the systems were in order and working well, that they had the right people already on the bus.

While all very admirable things to do, these are easily things that, if still left undone, the next executive director could take on.  And, certainly getting the right people on the bus is something that many new executive directors want to do for themselves anyway, bringing in their own people.  But what is extremely difficult for a new executive director to do, and horribly unfair and unreasonable to expect is to make the job for which s/he was hired, which s/he alleged s/he could do, doable.

How does any new employee go to the boss and say, “You hired me for, and I agreed to do, a job that is undoable by any one person?”  That can’t be done by most people, nor would most bosses, if told that, respond by saying, “Okay, let’s work together to make it doable.”  That is work that should be done before the hiring process even begins, for it necessitates a new job description, the allocation of the leftover responsibilities to other existing positions or a new one, determining compensation commensurate with the new job description, etc.  This is work that should be done by the board and the outgoing executive director.  (Understand that how to make the job doable is a very different discussion from what are the skills, experiences and characteristics necessary to make this position successful.  The former discussion is one that board and the executive director should do together; working out the latter is really a board responsibility, though the outgoing executive director, if well respected, may have some suggestions).

The fourth warning sign of potential trouble down the road was that no one was thinking about preparing the organization and its staff and board members for change—the inevitable change that comes when someone new steps into a leadership position.  So many of the boomers who are retiring have been in their executive positions for many years.  They and the organization have gotten into patterns that are comfortable for them, other staff and board members, but may not be the best way anymore or, quite simply, may not be the way the new executive director want.

But we can pretty much guarantee that with a new leader will come change.  And change is disruptive; and disruption is not always appreciated.  Some will tell you the best way to get into a cold lake is to just jump in, while others will say go in body part by body part, adjusting to the waters gradually.  When it comes to change, the incremental approach generally works best for most, introducing a little change here and then a bigger change there.  The more we can help organizations get used to change so that it won’t shock the system when the new executive director settles in, the easier the transition.

A long-serving executive director giving considerable advanced notice of her/his departure date is, indeed, a most welcome and respectful gift.  But that gift is immediately undermined if s/he plans for the departure alone rather than the partnership working on it together.