Those of us who have long subscribed to best practices in nonprofit governance have reason to be appalled by the National Organization for Nonprofit Organizations and Executives pushing out its own version of best practices for nonprofits.  It is difficult to know anything for sure about this less than two-year-old organization, as its website provides very little information unless you sign up. 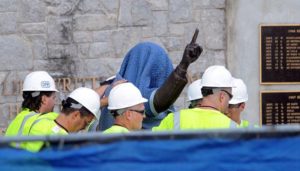 But apparently this group has managed to get followers, as there are pictures on its website of its convention and expo.  And it is looking for a special kind of board member:  someone who pays to be a member of a 1000 person Board of Governors which will make the determination of just what those best practices are.  This group, however, despite its name, is not the governing board.  Those responsibilities may fall to a separate body called the Board of Trustees, as a photo on the organization’s Facebook page identifies its trustees holding up the checks they received for being board members.

And not a bad pay at that:  $1000 per day to attend a board meeting in person and $300 an hour for attending a meeting virtually.  But, the 2015 990 has only one name listed on Part IV, and the title listed for that person is “owner.”  That in and of itself speaks volumes for the “best practices” as defined by this organization.  Some of its other best practices?  Money is more important than mission; “Ethics + Accountability = Failed Practices;” and training board members is the equivalent of navel gazing and has as much benefit.

While it is easy to rail against the absurdity of just these “best practices” (apparently just three out of the theoretical 60), I can’t get past the trashing of mission, ethics, accountability, and education, especially as I await my Masters students’ discussion of Louis Freeh’s report on Penn State.

It is easy to argue that Penn State’s first egregious story was the result of seeing money (football) as far more important than mission (education) and a school’s responsibility to its students (parens patriae); of a loss of ethics and accountability leading to practices that failed both the young boys who were molested by Jerry Sandusky,  and the entire Penn State community; and a failure of the board to be educated as to its responsibilities and/or its failure to fulfill those responsibilities.   Just last month, former Penn State President Graham Spanier was convicted in criminal court of child endangerment for his failure, in 2001, to report to authorities that Sandusky was witnessed showering with a young boy.  Yet further proof of such abject disregard of what was the staff’s and board’s job to protect.

Fast forward to last February and the death of a sophomore during a Penn State fraternity initiation (where the live-in “house parent” is a member of the football coaching staff), the most recent in a series of Penn State fraternities gone wild, from hazings to a private website showing nude photos of women unaware their photos were being taken.

Penn State claims the spotlight yet again.  A task force convened in 2015 to look into the fraternity system was unable to reach agreement on what to do—so nothing was done.  And smack in the middle of all of this was Penn State’s Board pushing for the resignation of one of their own, who remarked about the abuse victims that he was “running out of sympathy for 35 year old, so-called victims with 7 digit net worth.”  Money trumping mission?  You bet!  Ethics and accountability leading to failed behavior?  Absolutely not.

No, this is the failure of not trumpeting mission, ethics and accountability above all else, things so easily forsaken at the mere suggestion that it is okay, or can be gotten away with, as forsaking all is far easier for those in charge than doing the work required of protecting all three.

And, yet, that is the very job, albeit a volunteer one, that board members sign up to do and paid staff agree to do.  Not only have too many failed to learn the lessons of the first round of Penn State’s ugly troubles, so, too, has Penn State.

This is what happens when people in charge fail to take their jobs—paid or volunteer—seriously and remember that they are not there for themselves and their own aggrandizement, but for the mission, and the clients and public who rely on those mission promises.