Home / Thoughts & Commentary / Why We Give

Of late, and no surprise, I’ve gotten several inquiries from reporters about what happens to giving when icons related to an organization are knocked from their pedestals.  An easy answer and truthful answer is, it depends.  And it does—on so many things.  But the more truthful answer really is, we just don’t know. 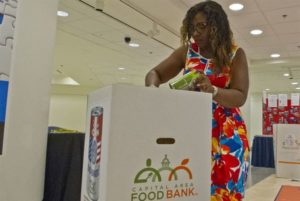 Why don’t we know?  Because despite the great strides that have been made in the last two decades in trying to understand what motivates people to give to charities, we still know very little for sure.  And what we do know is often so counter-intuitive that I think many people might simply not trust the science.  And in all the work that has been done, nothing, based on my random quick dip into the science that is out there, has looked at why people give to charities that celebrities create and/or endorse–be it a celebrity coach, athlete, media or Hollywood start, etc.  If we don’t understand why someone gives to a celebrity’s cause, we certainly can’t predict what will happen to giving to that charity if the celebrity loses his glitz (think Lance Armstrong).

In these times of social media mania, where it is so easy for a celebrity to become undone and deposed from iconic status, understanding this phenomenon would be helpful.  And given that one of the most frequently expressed “wishes” that I hear from nonprofit staff and boards is, “If we could just find a celebrity spokesperson, …” and you can complete the sentence with “…our troubles would be over” or “fundraising would become so easy” or words to those effects, I’d like to know whether having a celebrity matters when it comes to fundraising.

(This wish often follows the one of “If we only had someone with deep pockets (an angel) on our board, ….”  Well, I know how that scenario plays out nine times out of 10:  the deep pocket doesn’t give nearly as much money as everyone thought she would and may, even, in fact, give less than 80% of the rest of the board.  Along these lines, I recently came across an organization that was created solely because a deep pocket donor wanted to make a big gift to help the work of a for-profit organization.  Decades later, the nonprofit keeps trying to figure out how to stay afloat and attract new dollars as the angel is long gone.)

So, what do we know about why people give?  Far more than I am about to review, but enough to show that we are still all over the map in understanding the act of giving to a charity.

The most current data we have, as it was just released this week, is the Chronicle of Philanthropy study, “How America Gives,” of the giving patterns of Americans, found that states where religious participation was high were also the highest in charitable giving, leaving the South among the most charitable and the Northeast among the least, with six New England states ranking 45-50.  But, when giving to religious organizations, the number one recipient of charitable dollars, was taken out of the mix, the Northeast became among the most charitable region.  Depending upon your faith, giving is required by the faith, taught from a young age by the faith, highly valued by the faith, some or all of the above, and more.  But clearly, you don’t have to be religious, or even practicing your faith, to give to charities.   So while faith may teach some to give, that message is not universally embraced by all who follow a faith, and somehow that same lesson is taught to others who are not regular followers of a faith.  And while interesting, not sure it can shed any light on why people give to celebrity causes.

Back in 1989, James Andreoni, a behavioral economist, postulated the “warm glow” theory for why people give:  we give money to charities because it makes us feel good.  What that money does, the impact it may/may not have, is unimportant.  We want that virtuous feeling that comes with thinking we are helping others, regardless of the reality.   Is that warm glow intensified by making a gift to a charity headed by a celebrity compared to the one headed by regular ole person?  Perhaps.

Warm glow nothing!  Make me suffer!  Last year, Chris Olivola, of the University of Warwick, came up with an interesting insight on why people give.  He determined that people are more likely to give if they have to suffer in the giving.  His experiment gave participants $5 dollars and told them they could give that money to charity.  Half had to do nothing to make the donation; half had to immerse their hands into frigidly cold water for 60 seconds if they wanted to give to charity.   Those who had to go through the cold ordeal gave $4 of their $5 to charity, while those who did not have to suffer gave only $3. There is something perverse in this finding that donors give more if they must suffer to give.  It certainly explains all of the different races of various means.   Might we extrapolate from this that giving to a fallen icon could increase as donors suffer the shame of aligning with a debunked individual, suffer the indignity of having to explain to incredulous others why you gave any money to honor the legacy of an unworthy icon?

Deborah Small, an associate professor at Wharton, and her colleagues at Carnegie Mellon and the University of Oregon, conducted research that determined that when people have more facts about a charity they are less likely to give.  They found that if giving was the goal, it was better to show a picture of a starving child in Africa, providing just the child’s name and age,  rather than lots of facts about hunger in Africa, the depth of the need, etc.  In other words:  less information leads to more giving; too much information that requires a person to ponder and sort leads to less or no giving.  This could fit well with giving to celebrity causes:  a glitzy picture of a celebrity reading to a child, distributing food and you are good to get that check; a celebrity reading a lengthy message with facts and figures, the check never materializes.

Small and her colleagues are not alone.  Daniel Oppenheimer, co-editor of The Science of Giving, found a similar outcome in his own research.  Give people information on a charity’s overhead costs, regardless of whether the information painted a positive or negative picture, and people were less likely to donate.   As with Small et al.’s work, above, Oppenheimer finds that giving too much information turns what many believe is an emotional decision into an intellectual decision and the intellect, once it starts processing all of the data, calculating the impact of a gift, etc., ends up saying, “Don’t give.”  This suggests that celebrity causes should do very well, as it is a totally emotional decision to like one celebrity over another and that emotion gets people to do all sorts of things, not always rational.

As a Jew, I love this next piece of research.  Tehila Kogut, from Ben Gurion University, through a series of research projects, found that some people give to charity to ward off the very disaster the charity addresses.  You give to the homeless organization so you don’t become homeless, to the cancer organization so you and your loved ones don’t get cancer, to the literacy organization so that all your children learn to read.  So, do we give to celebrities who represent the things which we want to prevent?

From the ridiculous to the sublime, we know much and we know little.  The upshot?  Maybe the celebrity works, maybe it doesn’t; maybe there is a risk if she gets toppled, maybe not. Kenahora pu pu pu!