Home / Thoughts & Commentary / Where are the Level 5 Leaders?

Having just finished teaching a class on governance where we talk about the should haves and the ought tos, as well as the realities, the one that has grabbed my attention this round is the paucity of quality leaders—at both the paid and volunteer levels.  In so many ways, leaders are, for the most part, at best average, and at worst well below. 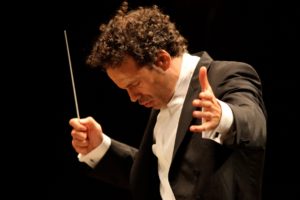 Perhaps the most basic of the deficiencies is the failure to understand their jobs.  It doesn’t take long working in a nonprofit to understand that too often the board members do not understand their individual responsibilities or the responsibilities of the collective.  Perhaps, we can chalk that up to the fact that being a nonprofit board member is not a run-of-the-mill position.  That explains the failure of boards as leaders to know their jobs.  But it certainly doesn’t explain the failure of executive directors.

While there are certainly differences between a CEO of a for-profit company and an ED of a nonprofit, the majority of what each is supposed to do are the same.  Volumes have been written on what it means to be the paid person at the top of the organizational chart.  Thus, even if the board has not fulfilled its responsibility by writing a job description for the ED, there are more than sufficient ways to figure it out.

In none of the writing I’ve come across does it say that an ED should be a dictator, rule from a position of fear with the end goal being to protect one’s own job at all costs, factionalize the staff and board and then play one side off the other, take credit for what good happens and blame staff when it doesn’t, allow illegal and unethical behavior from staff, and this list, sadly, could go on and on.  With neither the ED nor board knowing what each and the other is supposed to do, this behavior goes on unfettered.  And with no one knowing what is the right behavior (or knowing, but not caring enough to get there), there is an inability to hold themselves or others accountable.

There is, however, one element of being a nonprofit leader that is supposed to differentiate them from those who lead a for-profit.  Nonprofit leaders are supposed to care—care about the mission, care about clients, care about employees, care about the well-being of others.  Thus, it is particularly surprising to students when they realize that their ED is not a Level 5 leader—and is likely never to become one.  As described in Jim Collins seminal work, Good to Great, a Level 5 leader—the top of the leadership hierarchy—has great ambition, complete humility and steadfast will, all put to work for the good of the organization and its people, never for self.  While it is exceptionally rare to find Level 5 leaders in the for-profit sector (Collins only found 11, all leading those companies defined as great, as opposed to those companies defined as good), the very nature of the nonprofit sector sets up the expectation that our sector will be replete with Level 5 leaders.  Sadly, this simply isn’t the case.

And it isn’t just among the paid leadership that we fail to see Level 5 leaders; they are equally hard to find amongst board leadership.  Board leaders seem to fall to the two ends of a continuum:  lord of the manner and laissez faire.  Because of boards’ failure to understand the importance of the position of board president, too often the wrong people are elected president.  There are some who seek this position for the falsely presumed “power” it brings and, not finding it, create it and run the board and the organization as if it were their personal fiefdom; others, take on the position as a last resort, as they, and everyone else, had run from the position initially.  Feeling a higher sense of obligation—or guilt–than the others, they reluctantly step in and up.  And reluctance characterizes their tenure in the position:  no investment or time, though or energy, no sense of urgency or purpose, no drive.

What happens in the absence of leadership—as poor leadership is the same as no leadership, except, perhaps in appearance?  Organizations stagnate, staff morale declines and stays there, staff (and even board) turnover increases, donors take their dollars elsewhere.  Not a pretty picture.  But one board member who gets it, who turns another board member into getting it can, together, begin to move things forward.