As summer begins to wind down, students and parents everywhere begin to face the reality of the return to school.  There is, however, a group of folks for whom returning to school is not on their minds – 2010 college graduates.  Their sights, naturally, are set on finding jobs.  In this simple statement there is an enormous opportunity for nonprofits everywhere; I only hope we are all smart enough to grab this brass ring. 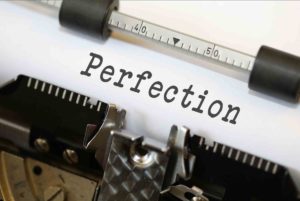 The Corporation for National and Community Service, which runs both AmeriCorps and Learn and Serve America, has seen applications to AmeriCorps triple in the last year.  In 2009, Teach for America saw a 40% increase in its applications over the previous year.   Parade’s March poll, which seems to have introduced “compassion boom” into our vocabulary, found that 91% of respondents had done at least one activity in the past 18 months that they thought made a difference and 78% think the actions of one person can make a difference.  Thank you, Margaret Mead!

In addition, the Parade poll researchers identified three emerging groups who are part of this compassion boom, one of which has particular relevance here.  YEPPIES—young, engaged problem-solvers, are younger people, predominantly female, who want to be civically engaged.

Social analysts attribute the source of the development of this compassionate group of young people—those who do an act of civic engagement on a periodic basis, as well as those who chose civic engagement as their job—to the times in which they have grown up.  They have lived through September 11th, on-going wars and international strife, natural disasters, the worst economic crisis since the Great Depression, an escalation of street warfare in their own backyards, and so much more.   They are primed to try and change this landscape—and apparently believe they can.

Herein lies the opportunity:  whether by conscious choice or a feeling of desperation, in light of the fact that there are fewer jobs to be had in the for-profit sector, this pool of recent college graduates is looking to the nonprofit sector for their first jobs after school.  We need to be ready to welcome them, to fulfill their need to make the world a better place for all, to nurture them, to sustain their interest in the sector so they can become our future leaders, and absolutely to pay them a truly living wage.  And herein lies the challenge to a nonprofit mindset that has needed to be jettisoned for quite some time!  I am so tired of reading stories that tell the tale of people who, with heavy hearts, leave employment in the nonprofit sector because they need to earn a “living wage” or who have to take on a second job to supplement their nonprofit salary.

It is time that every nonprofit—beginning with the boards of directors of these organizations who all too frequently carry with them the ridiculous notion that just because a person wants to work for a mission they have fewer needs and costs in their lives than those who work for the bottom line—figure out how they can pay a competitive salary to all of their employees.  I said competitive, not obscene.  A salary that allows nonprofit employees to share in achieving the same American Dream as for-profit employees:  a quality of life that allows for the necessities and the bonuses to be bought on the earnings from one job, not a primary job and another.  Those who help the poor should not be working poor themselves. Even in this tough economy, if nonprofits truly care about fulfilling their missions, they can—and must–find ways to pay those who execute the fulfillment of that mission a decent salary that will keep those employees, and keep them focused on delivering that mission.  Paying a living wage is no longer an option for nonprofits; it is absolutely mandatory!

We – the nonprofit sector – cannot afford to blow this opportunity.  We are an aging workforce, and a tired workforce.  We need new blood and enthusiasm.  The majority of our leadership is on its way out.  We need to develop that bench strength.  We are a sector in increasing demand.  We need to be able to meet it.  There is a true gift horse waiting at our door; it is no ruse.

Seize the opportunity—but do it the right way!