Home / Thoughts & Commentary / Partners in a Spirit of Service

The Whitman Institute, a funder that will sunset by 2022, devised what they call trust-based philanthropy.  If ever a name were to say a lot, this is it.  It recognizes that the traditional approach of a funder to a potential grantee is one of suspicion—one that asks the nonprofit to prove it is worthy of the funder’s support.  It attempts to diminish, to the extent possible, the power dynamic inherent in the funder-funded pairing.  (And while some funders have tried the use of semantics to rejigger that dynamic—calling grantees “partners”—that move went only as far as any semantic move does, which is nowhere at best, and confusing, at worst). 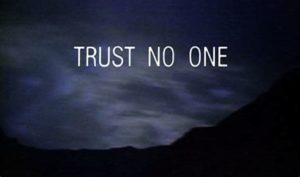 Wayne Au, a professor at the Bothell Campus of the University of Washington, recently referenced the behavior of some funders as colonizing.  If you’ve never thought of the relationship of funder to nonprofit to service recipient in that paradigm, it is time to consider it.  To Au’s point, the historic model of funding is wealthy individuals using nonprofits as the vehicle through which it “tells” the underserved what it is they really need in order to conform to wealthy values.  And, too often, the nonprofit goes along with the funder.

Enter trust-based philanthropy.  The Whitman Institute, which will help other funders shift to their approach, is direct in its recognition of the ways of the past, noting that “philanthropy can be more effective when funders approach their grantee relationships from a place of trust, rather than suspicion.”  Much of what is included in the seven basic tenets of trust-based philanthropy is what nonprofits have been wanting for decades; and while, as a colleague pointed out, we may never be able to level the power balance between funder and grantee, there is much here that lessens the feelings of subservience.

From the grant seeking side, this all makes perfect sense, and what has been sought and wanted for quite some time.  That doesn’t mean that there are no surprises, as there are—two, in fact.  First, in the simple action of naming this new approach to funding there is the obvious walking the walk of transparent communication.  There is, in the name, homage to what is absent in the traditional approach to seeking funds.  And, more; trust-based implies respect-based.  How many questions on classic, traditional grant applications question a nonprofit’s competency and diminish its professionalism, treating them as children instead of capable, responsible adults?  And, second, is the surprise—and relief—that any of these principles is being embraced by traditional funders.

Perhaps it is time to consider what I have thought for a long time:  there should be term-limits for program officers and heads of foundations.  From my own, early career experience working for a foundation to now, I have marveled at how few program officers have ever done direct service work, have never worked on the end that receives the dollars and, thus, have never experienced the realities of what it is like to do the work they fund, work with the clients they seek to help, etc.

But even those who did work on this side of the equation, the further they get from that experience, the less they know.  Ours has always been a changing landscape, one that we all know is now changing even more rapidly than ever before.  What was the reality ten years ago is no longer true today, so what a program officer knew from experience a decade ago is fairly useless today.  While I would love to see every funder completely embracing trust-based philanthropy, I’d settle for dipping a toe in that water.  But without having had the experience of working in the field and with and for clients, no foundation employee will ever understand the full significance of all that trust-based philanthropy can bring.  And that is regrettable a loss to both sides of the funding relationship.