Home / Thoughts & Commentary / The Power and Influence of Nonprofits 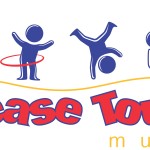 People need to listen to Nancy Kolb, recently retired President and Chief Executive Officer of the Please Touch Museum.  A highly accomplished individual, who steered the Please Touch Museum through 21 years of growth and accolades, she was able to negotiate not one, but two deals (okay, the first didn’t materialize once the deal was “signed”, but through absolutely no fault of Nancy’s) with the City of Philadelphia (one is not an insignificant feat; imagine what two is!) for a new site for the museum AND pull off the renovation, relocation and grand opening, while the for-profit company supposed to build casinos in Philadelphia, (fortunately) hasn’t even been able to break ground—totally through its own fault.

In a recent interview in Philadelphia magazine, that covered everything from the move to Memorial Hall to negotiating with the City of Philadelphia to the Please Touch Museum compared to other children’s’ museums, Nancy Kolb was asked the following question by her interviewer, Sam Katz, local business man and former mayoral candidate:  “Is it fair to say that much of the really great stuff happening here is the result of the leadership of women?”

Now, contrary to what many of you might think, I am not saying people should listen to Nancy because she said, “Yes, isn’t it?”  She is right, but no news there.  What is important in Nancy’s response to this question is this statement:  “Why has the city—notably the Chamber of Commerce—failed to grasp the incredible economic development role of the not-for-profit sector?”

Why hasn’t Philadelphia understood this? and almost every other city in this country?  The American nonprofit sector’s economy is the fifth largest in the world! That is a pretty hefty economic engine!  And this is not a static group.  By 2005, the latest year for which the National Center for Charitable Statistics has complete data, the number of nonprofits had grown 27.3% since 1995, and had $1.6 trillion in revenue (a 57% increase, adjusted for inflation) and $3.5 trillion in assets (an 84% increase). Do these data pale in comparison to for-profit numbers?  Absolutely.  But that is not the point.  The point is that small percentage or large, the nonprofit sector has a role to play in making cities vibrant and financially sustainable places to live.  (And I don’t mean by taking their assets.  But that is another blog.)

But nonprofits—and not just the mega ones, like universities, hospitals, foundations—cannot play a role in the economic and “vitality” development of a region if they are not at the tables.  We need the small, community-based organizations as well as the mid-sized and large nonprofits at these decision-making tables—and not just when a hot issue arises, but consistently and constantly.  But there are two huge stumbling block to making that happen.

First, there is the ignorance phenomenon of “don’t know, don’t see.”  If I don’t know what I nonprofit is, how can I recognize a nonprofit?  So, nonprofits remain ghosts or shadows in our communities, turned to, everyone presumes, only in desperation and when someone is down on his/her luck.  On the first night of my Nonprofit Management class offered in La Salle’s MBA program, I always ask the students how many nonprofits they interact with on a regular basis.  Most say none.  (At best, I get one, from the one student who works for a nonprofit.)  Yet when I ask the students if they run/walk/picnic in a park, attend regular religious services, frequent any of the cultural spots of the region—or, wait,–where they are sitting, then, and only then, do the light bulbs start to go off.

Second, there is a presumption—false as so many are about the nonprofit sector—that employees of nonprofits are less skilled, less equipped—okay, I’ll say it—less bright—than employees of for-profits.  (I think people’s false logic goes something like this:  if they haven’t chosen to devote their life to the American dream of making money, how smart can they be?)  But the truth is that the nonprofit sector is just like the for-profit sector:  we have extremely bright, creative, talented folks, slackers and everything in between.  What differs, frequently, in these two pools of talent is the perspective each brings to a table.  And each perspective needs to be at those tables and both need to be equally valued.