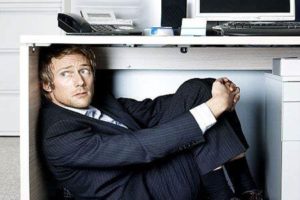 To be honest, the job of board president is not glamorous, nor is it, as many believe, terribly prestigious, unless the organization itself is prestigious.  Still, I have had board presidents tell me it was extremely important to them personally to hold the title of president.  Like many exceedingly important positions, it is a rather thankless position, bringing with it much more work and responsibilities than that of other board members, with no special privileges.  Those who think otherwise absolutely never should be a board president.

Why is this position so pivotal?  It is the leader of the leaders (the board), and the closest partner in that very delicate relationship between the board and the executive director.  An inability to fulfill both of those roles, and to do each well, can skewer an organization, at best restraining it in its tracks, and at worst, moving it backwards.  But a person who can play both of these roles strengthens the leadership of the executive director and gets the best from both the collective board and individual board members.

Over the decades, I’ve had the privilege of working with, and getting to know, some stellar board presidents. They have cemented for me the characteristics of an exemplary board president.  While not an exhaustive list, it is a great place for any board to start the conversation about what (not who) does it need—as opposed to what can it get—in the position of board president.

Like so many things, being a high performing board president is not a destination, but a journey.  The great ones are continually inspired to travel that road.  It is up to boards to determine who those great leaders are amongst them.