Recently, I heard a tiger expert in India interviewed about the controversy surrounding the suggestion that the tiger that has killed 13 people in two years should be killed.  The expert was asked whether India could learn things from other countries and how they handle their tiger population. Without a moment’s hesitation, the expert responded that India was not humble enough to learn from others.   And there it was:  my missing link in understanding why seemingly smart people repeatedly do stupid things:  they aren’t humble enough to keep an open mind, to listen, to learn, to be open to change. 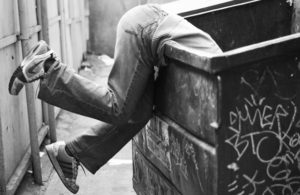 I have been thinking about the slow pace of change of late, as we are, sadly, rife with current examples of how people’s inability to change and embrace new ideas causes harm.  Oh, I understand all of what the change gurus have to say about how to effect change.  But that is all about organization and cultural change, and that’s not what is bothering me right now.  I’m pondering just how long we have to wait for people’s thinking to catch up with reality.   Might it be as simple as the humility explanation?

What got me started down this path was something a student said that, quite honestly, took me aback.  She said that when her friends and family learned that she was going to graduate school to get a Masters in Nonprofit Leadership, she got one or both of the following responses:  “Why do you want to be poor for the rest of your life?” and “You are such a bleeding heart liberal.”

When I told this story to my professional development class, there was a lot of affirming head nodding, and two people offered up their own stories.  One told a similar tale as that just mentioned.  Back when she told her mother of her decision to pursue a career in the nonprofit sector, her mother was aghast.  “How will you get paid if you work for a nonprofit?  They just have volunteers.”  She explained to her mother that nonprofits put pay their employees.  The other was a woman who had left an eleven year career working in the for-profit sector.  When she told her colleagues that she was leaving to go work for a nonprofit, they were aghast; why would she give up all the money she was making to work for nothing?

Could we please put a cease and desist order on this absurd notion that people who work at nonprofits do not get paid.  Yes, there are, sadly, members of the working poor who are employed by nonprofits, but there are many members of the working poor who are employed by for-profits.  And, yes, nonprofit salaries could always improve, but there are salaries, and, increasingly, real benefits.   If the nonprofit sector were such an undesirable place to seek employment, why is it, according to the latest figures released just last month by the Department of Labor, that job growth in the nonprofit sector grew by 17% between 2007 and 2016, compared to a less than 5% growth rate in the for-profit sector?

This pattern of nonprofit job growth outpacing for-profit job growth held in every state in this country except one (North Dakota, where the two job markets kept pace with one another), as well as in Puerto Rico and the District of Columbia.  If nonprofits don’t pay and people who work for nonprofits are, therefore, crazy to work for no or little money, then be prepared:  the crazies are outpacing the non-crazies by an average of more than 3 to one.   The evidence would suggest that there is something desirable in working for a nonprofit, and it can’t be that you get to work for free.

But, truthfully, of the two reactions, it is the latter that bothers me the most.  Using the label “bleeding heart liberal” is such a disdainful and dismissive action, laced with ridicule and condescension.  That is no way to treat a sector that in so many ways enriches all of us, helping family members, friends and neighbors deal with so many of life’s challenges, ensuring the quality of air we breath, water we drink and the land and water we traverse, providing exposure to and the peace provided by a society rich with arts and culture, and on and on.  Where would these contemptuous people be without the work (by paid employees) provided by these nonprofits?

But, hey, why let facts get in the way of a good comeback?  Why let arrogance and ignorance succumb to humility and learning the realities of 2018?