While many are chattering about Fidelity Charitable (which collected—don’t call it raised—philanthropic dollars totaling $4.6 billion last year) firmly bumping United Way (which only collected $3.7 billion) from the top of The Chronicle of Philanthropy’s newly released “Philanthropy 400” list, I’m having very different thoughts—though they are pretty much the same thoughts I have every year when I look at this list. 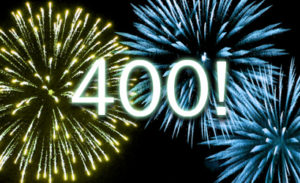 First, is there any real value in this list? Does it actually do some harm?  To the extent that the American public learns about this list, they will learn that the organizations on the “Philanthropy 400” list received $104 billion philanthropic dollars in 2015.  And they will think nonprofits must be rolling in money.

They won’t come to know that 31 of the organizations are community foundations, collecting almost another $5 billion.  And they certainly won’t learn—or really understand what it means to the nonprofit sector—that 15 of the organizations on the list are collectors of donor advised funds, and they garnered $12.7 billion.  All they will likely know is that philanthropists gave $104 billion to charity and aren’t charities lucky?  And, yes, 400 out of 1.6 million are very lucky.

Second, what does it say that the top two contenders duking it out for first place, as the pundits would have you view it, are donors (or, at least United Way was, not quite sure what it is today)  Number four on the list is another collector of philanthropic dollars:  The Schwab Charitable Fund.  In fact, six of the top 20 organizations on the list are funders:  four collectors of donor advised funds, one community foundation, and United Way.

All of these organizations are collecting money to give away to nonprofits, the ones who do the actual work that individual donors want and like to support.  And, let’s not forget that dollars collected in a donor advised fund might sit, unspent, for years.

These donor organizations are, in fact, competition for those nonprofits doing the mission work on the ground.  As a result, many of the recipients of these dollars harbor some negative feelings towards those organizations that collect donors’ money, acting as a middle person between the nonprofit doing the work and the donor.  There isn’t a nonprofit doing good fundraising efforts that doesn’t know the value of having a direct, personal relationship with actual and potential donors.  These organizations stand in the way of developing those relationships.  The fact that these donor advised organizations are collecting 12% of that $104 billion is, to put it mildly, disheartening.

But, are we to blame for this diverted $12.7 billion?  In a message on its website, Schwab Charitable says, “we make it easier for people to make donations.”  Vanguard touts a similar message, indicating that it makes “it easier to manage charitable donations by alleviating administrative burdens….”  Well, if you have to talk about alleviating something, then that something must be really challenging, at best, and distasteful, at worst.

So, are we making it too challenging for people to give directly to charities?  Are we making it so distasteful that donors who are ever so mindful of how much nonprofits are spending on their overhead costs when making their decisions about where to donate their money that they are willing to pay their overhead costs to distribute their own charitable dollars?  If so, we best change our ways right now.

Third, this list is yet another tool that restricts Americans’ understanding and awareness of the whole nonprofit sector by channeling their focus to the big, well-known (which, just so we are clear, does not always equate to well-deserving) nonprofits.  It is another tool that misdirects the public’s understanding of our sector in a way that totally harms our sector.  With this narrow understanding of nonprofits, the general public, at best, judges the remaining 1.5 plus million on the basis of the biggies or, at worst, they ignore them altogether.

In 2016, Giving USA reported that individuals gave $264.58 billion to charity in 2015.  From the Philanthropy 400 list, we know that $86.3 billion of that—or 32.6%–went to a mere 354 nonprofits with missions that cut across the sector. That’s an average of just under $243.8 million per organization (though we know that’s not how those dollars got distributed).

If we were to take the remaining $178.3 billion that was given by individuals in 2015 that did not go to the top 400 and distribute it evenly among the remaining pool of nonprofits (the approximate 1.6 million minus the 400), each would receive an average of approximately $111,450 (but, then again, that’s not how this would go, either).  The point?  The top of the list goes very, very differently from the entire rest of the list.  But lists don’t just obscure that fact, they don’t even suggest it as a possibility.  If every top list were released with a parallel bottom list, maybe thinking people could begin to understand the plight of the vast majority of nonprofits.