Are all nonprofits, by definition, social justice organizations?  This is a question that I pose to students in the Masters in Nonprofit Leadership program.  It is followed by questions like:  given that our purpose is to work on behalf [of some portion] of the public good, does that mean we should all also be working for social, environmental, civil, etc., justice?  Or, is the job of working for justice in whatever area fall only to those organizations with that explicitly in their missions? 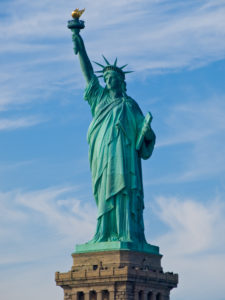 Now, think about these phrases:  “people expect more responsibility, action, and accountability;” “the beliefs and values that drive [Xs’] brand are becoming increasingly important;” “people think it’s important for [Xs] to demonstrate social responsibility and take stances on current social movements.”  These quotes are all taken from a report by Clutch.co on its just-released data clearly showing that consumers want the companies that provide their goods and services to be socially responsible.  No news here, except for the ever expanding share of the population who think this way.  In fact, according to the 2018 Cone/Porter Novelli Purpose Study, that number is 78%:  78% of Americans say companies cannot just make money; they must also make a positive difference in society.

Granted, Clutch.co’s sample contained only 420 US based consumers, but the results are absolutely in line with previous research.  These consumers, the majority of whom were male (57%), came from across the county and all had bought something in the last five months, either on-line or in a store.  A bit more than a third (35%) were Millennials, almost half (48%) were Generation X, and most of the remainder (16%) were Baby Boomers.  Here’s the short and sweet results from the Clutch.co study, along with some added commentary that all nonprofits should note.

Americans, more than ever before, want companies to “lead with purpose.”  More than three quarters (78%) of the respondents in the Cone/Porter Novelli study said companies cannot simply be about making money; they must impact society in positive ways.  Companies are hearing this demand:  the IEG “Sponsorship Report” says that cause-related sponsorships will increase by more than 4.6% over last year, to a $2.23 billion dollars.  Need any more convincing to start working these businesses?

To understand more about what businesses are seeking in their relationships with nonprofits, attend Building a Strong Corporate Fundraising Program on 4/5/19.