Conflicting data about fundraising is, unfortunately, nothing new.  It is akin to the data on drinking alcohol:  don’t do it; do it in moderation for certain health benefits.  Nor is it new to feel overwhelmed by all the data, even when it isn’t conflicting.  So when three different sources predict that 2018 donations will fall because of last year’s changes to the standard deduction, people pay attention. 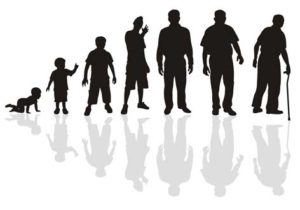 The American Enterprise Institute, the Lilly Family School of Philanthropy and the Tax Policy Center have all said that because of changes to the tax law, donations are going to decrease in 2018 by $17.2 billion, $11-$13 billion and $12-$20 billion, respectively.  Yikes!  But when you realize that all of these figures represent an approximate 4% drop in giving, the panic should quickly subside.  After all, if your organization is threatened by a 4% drop in revenue, you have much bigger worries than the tax reforms of last year.

I’m not suggesting we should celebrate any declines in giving, no matter the percentage.  But I am saying that we need to understand all of the data and not just the headlines.  GivingUSA’s press release for its latest report that came out earlier this month, describes giving in 2017 as surging, totaling approximately $410.02 billion, passing the $400 billion mark for the first time, with all sources of giving (individuals, corporations and foundations) contributing to that increase.  This kind of a good surge is what causes people to celebrate.  But should we all?  The Lilly School of Philanthropy also recently announced that 1% of households account for almost 50% of all donations, and individual giving is still the lead donor of private dollars.  Add to this that mega gifts have also been on the rise ( though not surging)in the last decade.  If you don’t get gifts from that 1% does this surge really matter to you?

But rather than getting caught up in these mega numbers, I want to draw your attention to the data from Blackbaud Institute’s recent research entitled “The Next Generation of American Giving:  The Charitable Habits of Generation Z, Millennials, Generation X, Baby Boomers, and Matures.” This study, done in the early weeks of January of this year, looked at 1,339 Americans who in the past year had given some amount of money to a nonprofit, not counting “trade unions, children’s schools, alma maters and places of workshop.”  In other words, these were people who hadn’t just made a “knee-jerk” donation, making these results of particular importance to nonprofits that are not traditional educational and religious institutions.

Packed with almost too much data, the research compares the giving behavior of the five generations that make up the pool of current donors.  Here’s a snapshot:

Matures:  born before 1946, 78% (that’s 23.5 million people) of this generation gave to charities.  The most generous of the five generations, they gave, on average, $1,235 per person to 6.3 charities (making them the generation that shared their giving with the most number of nonprofits), for a total of $29.0 billion a year.

Generation Z:  born from 1996 and after, this generation has just begun to enter the workforce and has already started giving.  Forty-four percent of them (representing 9.3 million people) gave an average of $341 in 2017 to 4.6 charities, for a total of $3.2 billion.

The generations shared a similarity in choice of missions to which they gave.  First choice for four of the five generations was local social services.  Tied for second were places of worship and health causes, while children and animals tied for second.  Looking to the future (2018), the generations also were aligned in that the vast majority of each generation anticipates giving as they did in 2017 or giving more, with less than 20% of each generation saying they will reduce their giving in 2018.  This study shares the speculation of some that the decrease in giving may be caused by “choice anxiety”—the phenomenon of having too many options in how to give leading to paralysis and no giving at all—rather than a change in attitude about wanting to give.   And, with the exception of Gen Z, all generations’ preference for making a difference is to give money, with volunteering being the second choice.

Donors of all generations appear to be doing more research than ever before before they give. While charity watchdog organizations that review and rate nonprofits are the third source of information for all but Generation Z, the first locus for such information for those four generations is an organization’s website.  For Generation Z, however, the locus of first choice is a Google search.  Where there is generational difference, however, is in their preference for how to give.  Matures still prefer to respond to snail mail (43% prefer this option), though not by much, as 38% give through an organization’s website.  Website giving is the preference for the remaining four generations, though giving through social media is a somewhat close (28% versus 21%, respectively) for Generation Z.  While still a powerful tool, the preference for direct mail has declined from 49% in 2010 to just 23% in 2018.

As more and more companies turn to corporate social responsibility programs as a way to attract and retain employees, nonprofits should be paying more and more attention to these programs.  From the three generations with a majority still in the workforce—Boomers, Gen X and Millennials—the preference was to participate in a workplace fundraiser (40%-43% of each generation did this), engage in a workplace volunteer activity (43% of Boomers and 41% of Gen X), make a one-time donation through their work (44% of Boomers, 36% of Millennials), or participate in a workplace run/walk/team building event (38% of Millennials, 35% of Gen X).

The number of Gen X donors will exceed Boomer donors sometime in 2028.  That’s a mere ten years from now.  Differences between the size of Generation X and Generation Y (Millennials) is approximately 2%.  If your development infrastructure and efforts look the same as they did 20 years ago, or even ten, it is a strong bet that you are not equipped to operate across the generations.  And for some time to come, there is the necessity to do just that.