Those of you read my blog know that I don’t tend to run lukewarm or be ambivalent.  Wishy washy is just not my style.  (Though I am an extreme introvert, despite what others think, and  thanks to Quiet:  The Power of Introverts in a World That Can’t Stop Talking, I can now easily muster the evidence to prove it; that is, if I want to talk.) If I don’t like something, you know it. 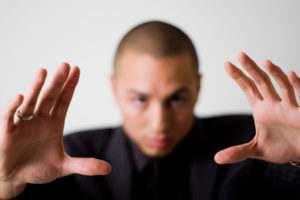 I’ve ranted before about underperforming boards, those that don’t know what they are supposed to do and don’t care to learn it; those that allow a handful of board members to do it all and the rest ride those coat tails; those that repeatedly, because of their underperformance put the ability to fulfill the organization’s mission promises at risk every day, day after day.  Then there are those boards that sit back and let the executive director do it all.  And, more often than not, despite the chatter to the contrary, the executive director wants it that way.  And such control is just downright dangerous.

I have never been a fan of controlling executive directors, from those who micro manage to those who must do everything themselves.  Such a leadership philosophy only serves one end:  that of the executive director.  What it doesn’t serve, and what every executive director should be serving, is the organization’s mission.  Running a nonprofit can never, ever be about ego; it must always be about mission.  Unfortunately, that is not always the case.

I became aware of just how many “I must do it all” executive directors there actually are out there about five years ago when we started doing more work with emerging leaders—those people who report to the executive director, some of whom want to be executive directors down the road, some of whom aren’t sure and some know absolutely not!  Here, I repeatedly heard of the micro-managing leader who never gave employees room to spread their wings (or, worse, clipped them at every chance), make mistakes, recover and learn; the leader who stockpiled information as if it were gold, not even being willing to put it on display every now and then; the leader who parsed the information to the board so that it never got a full picture but just enough of a one to think all was good and the executive director even better; the leader who encouraged the development of silos as things are easier to control that way; and my list could go on and on.

What I find truly sad about this, beyond the obvious, is that there are so many executive directors out there who would love to have the capacity to hire more staff with which to share the workload and responsibly, while those with plenty of staff hoard it all as their own.

Recently, I had a conversation with several executive directors, none of whom I knew but because of how I met them I assumed “they got it.”  We were taking about strategic planning and I was asked whether the executive director needed to be on the strategic planning committee. I said no; and the reactions—the intake of breath, the tensing of the body, the stunned looks on faces—were immediate and palpable.  I went on to say that putting other senior managers on the committee (as well as other staff members, depending upon the size of the committee) was a free and wonderful professional development opportunity, giving another staff member or two an opportunity to interact with board members in a serious setting, be an organizational leader, be a communicator with the rest of staff, etc.  The executive directors’ concerns were ones of loss of control:  how will I know what is going on? how will my opinions get known?

One of the places where an egocentric executive director—oh, did I say that? for sure, none of these executive directors would ever describe themselves that way—does an organization great harm is in not creating a shared responsibility for fundraising.  I’m not talking here, as I have before, about becoming a donor centric organization; I simply mean sharing the information, the relationships, the work for wooing donors.

Executive directors should not be puppeteers, pulling all the strings, speaking all the lines.  They should be directors, who assemble a great team, assign roles, provide general guidelines for role execution, and then step back and let the team bring its star power to the execution.