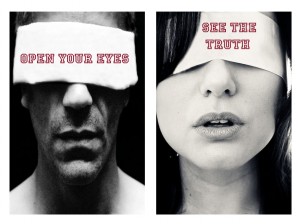 No doubt Penn State will become a case study on many levels for years to come.  Implications for boards go far beyond the limits of higher education and are a sobering tale of abuse and abdication of responsibility.

Here are selected lowlights from the Louis Freeh report of his investigation into Penn State and the Jerry Sandusky horror.

A “common perception” held by board members attending that meeting was that this was not a matter of significance to the University.

Those are some of the facts as exposed by Freeh’s investigation.  Here are some of his conclusions about the performance of the Board.

While these facts speak for themselves, I am afraid that in too many corners they will not.  To a great extent, every nonprofit board member and executive director (or whatever you call yourself) out there, regardless of the age, mission, geography, financial position, etc. of the organization on whose board you sit, owes a debt of gratitude to Penn State.  If you are smart and savvy, you can learn without any of the costs, and they will be enormous.  (Legal experts are putting Penn State’s cost for the fallout of this at in excess of $100 million, and that doesn’t include legal fees.)

Lesson #1:  One of the key responsibilities of boards is to provide oversight—oversight of the organization, finances, sustainability, mission, including both the what is done and the how it is done (read in a moral framework, among other things), and executive leadership.  Oversight does not happen simply by sitting in meetings and having others talk at you.  Oversight happens through an interactive process of receiving data in advance of meetings, thereby allowing time to absorb and mull over the data; attending meetings where questions are asked—and direct and forthright answers are given; and free-flowing and thorough discussion takes place.  Penn State’s board, it seems, acted as so many nonprofit boards do:  as sponges.

But even a good process for oversight is not sufficient for good oversight actually to take place.  Hence, Lesson #2.

Lesson #2:  The board really does guide the ship; executive leadership drives it.  For this to work, there actually has to be a partnership between the board and the executive director, albeit one of slight unequals.  In true and successful partnerships, there is a balance in leadership, allowing one partner to rely more heavily on the other(s) at times, while at other times the weight shifts in the other direction.  In successful partnerships, there is a real exchange of ideas, a back and forth, a sharing of concerns and a brainstorming of solutions.  In successful partnerships, one partner doesn’t let the other get blindsided by things, big or small, as all partners recognize that a problem for one is a problem for the whole.

It is hard to know who was at greater fault in the failure of the partnership at Penn State.  Clearly, the President determined what the Board should and should not know; and it would appear that the Board hadn’t, at least in quite some time, really demanded anything beyond what it was given.  Perhaps 16 years in office emboldened the President and made the Board complacent, thus destroying the partnership.  Oversight, however, can never be handed over to the overseen.

Lesson #3:  It is imperative that board members understand the full set of responsibilities that goes with being a nonprofit board member and that they understand that their loyalty and responsibility is not to themselves or their friends but to the mission and the promises that they make, through that mission, to their stakeholders and the larger public.  How could a board member of a youth serving organization say that an allegation of sexual misconduct by an adult member—even if he weren’t the founder—of their organization, employee or volunteer–with a member of their client population is a “non-incident” for the organization?

Lesson #4:  It is imperative, if as board members we want to keep the public’s trust and, therefore, increase our survival rate as a nonprofit, that we create and oversee a moral organization.  Noticeably lacking in this whole ordeal as laid out in the Freeh report, and commented on numerous times in that report, was concern, compassion, care for the past, present and future child victims.  The only thing that seems to have received concern, compassion and care was the protection of Penn State, whether the football program or the whole school, it is hard to know.  What we see there was a morally corrupt organization.

People have many different reasons for wanting to serve on a nonprofit board – everything from giving back to paying it forward to expanding one’s business network.  Motivators to join a board are not the same as those needed to do a good job on a board.  And board members must do a good job—which means they must first understand exactly what that job entails—or risk being the next Penn State and being complicit in the crimes of the institution.