Home / Thoughts & Commentary / A Title on the Door 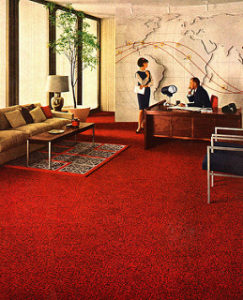 Take, for example, my meeting of the other day:  eight of us in the room; seven of them fully planted in the for-profit sector; one runs a for-profit that works with nonprofits; one works in the for-profit sector but volunteers with many nonprofits, both as a board member and as a “regular” volunteer; and then there is me.  Six men, two women.  Several attorneys in the group.  Apropos of the conversation, I make the comment that too often what the law says and what are best practices in nonprofit management and governance are out of synch and that to get to best practices it is necessary to go well beyond the low bar the law has set.  One of the three attorneys bothers to comment by saying, quite genuinely, and with no arrogance, “Well, that shouldn’t be.”   And then the conversation moves on.

Discussing bylaws.  The particular set of bylaws at which we are looking refer to the officers of the board as Chairman and Vice-Chairman.  An attorney says, “There has to be a President.”  Discussion follows: president or chair, some boards use one set of terms, others use another.  No biggie.  That wasn’t the attorney’s point.  He is referring to a president as in the highest paid person on the organizational chart.  Ahhh! the group responds—all except for me.  No, say I; the common term in the nonprofit sector is executive director; it is true that some organizations, thinking it will make them “look and be” more corporate-like, have adopted the language of President/CEO, but the common term in the nonprofit sector is executive director.  No, I am told, it has to be President.

What came next both stunned and infuriated me.  It stunned me for the stupidity and arrogance; it infuriated me because of the arrogance.  Turns out most in the room, beginning with the attorney who voice the opinion, believe that the title of President garners more respect than that of Executive Director.  Seriously? This is semantics, say I; the responsibilities of the highest paid staff member are the same, regardless of what that position is called; a difference in title doesn’t change that.  No one argued with that point, but they disagreed that it was a matter of semantics.  Apparently, many folks in that room believe that it isn’t what or how a person does things that brings respect but simply her/his title that does the trick!

I’m beginning to sputter (rarely happens to me; only when I’m so dumbfounded by the stupidity of a remark that is so clearly firmly believed by its author).  Funny, I thought respect was something someone earned because s/he consistently performs at a superior level.  But for many in this group, it appeared to be almost a Pavlovian thing:  President good, deserves respect; Executive Director, second class, no respect.  When I first started reading The New Yorker as a child, I confess that I “read” mostly the cartoons—and one advertisement because I thought at first sight it was a cartoon given that the figure in the ad was drawn by a cartoonist.  The caption to the ad was “A title on the door rates a Bigelow on the floor.”  This ad always bothered me, because even as a child I knew the class system this ad celebrated.  What I didn’t know then, however, was that this celebrated class system extends beyond individuals to sectors of our national economy.

Is it possible that a whole segment of our national economy is so in love with itself that it values its world, its culture, its ways of doing things, its titles to the exclusion of the possibilities of options and the ability to appreciate—and not deprecate—differences?  Is it possible that a whole segment of the economy has forgotten the myriad of examples of its fiascos? derailments? criminal activity? crashing of the nation’s, if not the world’s, economies?  Is it possible to be this arrogant?

The for-profit way is not always the right nor best way.  Get over yourselves!  The nonprofit sector knows a thing or two about delivering mission (our product), scaling up and scaling down, garnering resources, managing people, etc.  According to the recently released Johns Hopkins Employment Report Bulletin #39, “Holding the Fort, ” the nonprofit sector had an annual growth rate of 2.1% between 2000 and 2010, while the for-profit sector lost jobs at an annual rate of -.06% during that same period.  Not shabby for a sector lead, predominantly, by executive directors.  Perhaps a title isn’t all some believe its cracked up to be when it comes to getting a job done.

There is much that each segment of the economy can learn from the other, but only if neither side approaches the table believing that it is their way or the highway.  Only if the sneer is wiped off the face and the soul, and a person brings a true appreciation for difference, can we create a hybrid that brings the best of both worlds to building a better mousetrap.