When things come together in a short period of time, I pay attention.  So, this blog is my paying attention to this series of events that happened last week, all related to year-end fundraising anxieties. 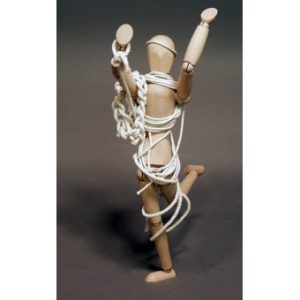 So, the first event:  a reporter called to ask me what was I hearing about people’s (meaning nonprofit staff and board) attitude towards philanthropic giving as we move into the frenzy of end of the year giving.  So I decided to ask around, and heard a lot.  I asked about 50 executive directors, development directors and some program directors from nonprofits of all different ages, sizes and missions.

And what I heard, while not unexpected, was not happy news.  (Though there were some folks who were rather quite optimistic, one claiming he had no choice but to be optimistic because who would fund a pessimist!)  By and large, folks are quite anxious about the return they will get in this end of the year push, fearing it will not nearly be enough; all admit to working harder than ever, not just now – with multiple letters, starting earlier than usual, more meetings, trying new tactics along with the tried and true – but doing so throughout the year.  All seem absolutely exhausted.  But the worst, according to many – and I’ve been saying this for a long time (despite frequently feeling like Chicken Little) is yet to come.  As bad as 2010 has been, people fear 2011 will be even worse—across the board from individuals to foundations and corporations to the government.

The second event:  Another question about year-end fundraising received within the space of four hours:  should we ask our volunteers to donate money?  The hesitancy – which always follows this question in rapid fire: they already give their time so we don’t want to ask them for money.  (This is an exceptionally common question; I just don’t normally get it twice within one day, let alone twice within four hours.)

The third event:  Bank of America Merrill Lynch last week released its 2010 Study of High Net Worth Philanthropy:  Issues Driving Charitable Giving among Affluent Households, researched and written by the Center on Philanthropy at Indiana University.

Where am I going with all of this?  I’m simply paying attention and seeing what unfolds.  I like pretzels; but you can only eat so many before your mouth gets dry and your taste buds bored.  Maybe being a pretzel – twisting yourself into knots – isn’t the best way to approach fundraising at any time of the year.