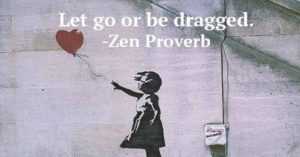 It isn’t that I don’t think the first question is an important one for every executive director to ask him/herself regularly.  Though the essence of my answer has not changed over time, the order in which I deliver my responses has.

The first part is this:  it is time to leave when you are no longer the right and best person to be leading the organization.  To answer this well requires that the executive director follows Peter Drucker’s sage advice to leaders:  know thyself.  Following this advice means that you understand that knowing thyself is not a once and done analysis but a constant process of reviewing, checking-in, assessing, all from a position of absolute honesty.   Doing less is a disservice to the organization, the mission, clients, staff, and, of course, to yourself.

The second part of the answer is this:  are you still having fun doing the job?  Or, alternatively put:  are you still happy to go into work everyday?  Answering this question takes into account that we all have days when we don’t want to go into work, for whatever reasons.  The answer to this question is about the average:  overall, on average, does the job still excite and engage you?

And the third part of the answer is this:  are there things that you still want or need for the mission and organization to do before moving on?  If the answer to even one of these questions isn’t a resounding yes, it may well be time to move on.

As important as it is for the health and well being of a mission and an organization for an executive director to ask these questions on that regular basis, it is even more important that the board be asking the question:  is our current executive director still a match for what we need?  Unfortunately, this too rarely happens.  Instead, boards wait to even question the fit of the executive director until things start to feel wrong, start sliding down hill or the neon “help!” lights are flashing.  And even then boards still delay in making the decision.

But what about the middle, which can range from no time at all to many decades?  The world doesn’t stand still during a person’s tenure in the leadership role, but sometimes people do.  Take for example, executive directors still in position today who don’t use computers; or, executive directors still in position today who have not stayed current with changes in their field; or the executive director who doesn’t embrace the importance of social media as part of a comprehensive marketing strategy?  What about the executive director who has never gotten comfortable with asking for money? Or using data to inform decisions? Or developing staff?  What if the organization really needs to pivot left and the executive director can’t, even though s/he did a good, or even great, job when the organization needed to go straight?  The point is that what was good yesterday is not necessarily good for tomorrow; the skills, the interest, the desire, a combination of all, that worked for the past may not work for the future.

Unfortunately, boards rarely take a look at that possibility.  They don’t ask what do we need in and from our paid leader going forward?”  When they do, it is when they are looking to hire; they don’t do it as an on-going part of being good protectors and stewards of the mission.  But they should.  Even after doing strategic planning, boards don’t ask whether the current executive director has what is needed to help them implement the new direction.  It isn’t that they assume s/he does; they simply don’t even consider the question.  Why do boards, for those that actually do a performance evaluation of the executive director, only assess how the individual has done in the past instead of (or also) considering how well s/he can do for what is needed going forward.  While boards should be proactively questioning the capability and competency of their executive directors, they wait, sadly, until something negative happens that forces them to the questioning.

When an executive director, even if beloved, is allowed to stay long beyond the time when what s/he has to offer aligns with what the organization needs going forward, the board is failing in its responsibilities.