So many in the nonprofit sector toil to bridge the ever widening chasm that divides the rich as they get richer and the middle and lower classes as they get poorer.  We work to level the playing fields for everyone and to ensure equal access to those things that make life livable, such as affordable health care, arts and culture and a healthy environment.  Yet the very sector in which we work is experiencing that same divide. 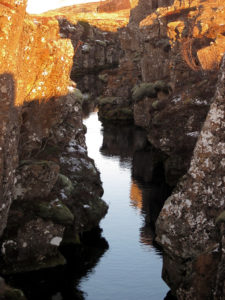 The Wall Street Journal recently reported on the growing gap between the haves and the haves not in higher education.  In 2014, the 10 richest institutions of higher education (all of the usual suspects), accounted for almost 1/3 of the cash and investment incomes of all of the colleges and universities in the US; the top 40 (more usual suspects) accounted for a total of  2/3.  Those 40 schools represent approximately 1% of all colleges and universities in the country.)

It gets worse:  those on the top 40 saw their already well augmented asset base increase by 50% between 2009 and 2014, something the other schools didn’t even approach.  And worse yet, those same top 40 school attracted 59% of charitable donations made to institutions of higher learning.  Yes, Virginia, we have our own 99% issue right here in—not Kansas City—but in the nonprofit sector.

While similar data aren’t there in as neat a manner for the rest of the sector, there are some parallels that can be drawn.  On the top 10 list of richest higher ed institutions, there isn’t a name (okay, maybe one exception) that the vast majority of Americans—and non-Americans, for that matter—would not recognize.  In order, they are: Harvard; Stanford; Yale; Princeton; MIT; University of Pennsylvania; Duke; Northwestern; Columbia; and Notre Dame.  The same can be said, including the possibility of one exception, for the top 10 largest nonprofits, according to The Nonprofit Times “The NPT 2014 Top 100:” the YMCA; Goodwill; Catholic Charities; United Way; Salvation Army; Red Cross; Easter Seals; Feeding America; Boys & Girls Club; and Habitat for Humanity.  (While the organizations that made The Nonprofit Times top 10 were all the national organizations and not the local chapters—where local chapters exist—the name recognition is what matters.)

These top 10 garner a lot of attention—and dollars—from random sources, as they not infrequently end up being the lucky recipient of a business folks:  “buy a car from us and we will make a $100 donation to your favorite charity on this list of three.”  Public donations to the top 100 nonprofits were up 8%, to $37.6 billion, in 2013.  Sadly, overall giving to the sector rose just 4.4%, according to Giving USA 2014 Report (data from 2013).

And though the Top 100 nonprofits represent less than 1% of the number of nonprofits in the US, they garnered approximately 11% of the $335.7 billion in public dollars given in 2013.  No one does an annual study on the Low/Smallest 100, so we can’t tell just how wide the divide is.  But looking at number one on the list—the YMCA—and number one hundred—Children International—does tell a story:  Children International’s total income for 2013 was a mere 2.7% of that brought in by the YMCA; the former’s giving from public sources was 19% of the latter’s.   Oh, yes, we do have a divide in the nonprofit sector, where it would seem that the richer have the opportunity to get richer and the poor, well, they are lucky if they can keep their heads above water.

While I will never shy away from arguing that the growth of the nonprofit sector needs to be better regulated—not by government or any outside body, but by individuals wanting to start “their own” nonprofit—we need to be intentional as to who the sector gets trimmed.  We cannot let market forces—which in the case of our sector too often means who has the loudest marketing campaign and/or who has the most influential people on the board and, thus, can garner the most money—determine which nonprofits stay and flourish and which get closed out.

The nature of much of the work of the sector is best done on a small scale—local, in and of the community, customized to the particulars of the environment, etc.—and cannot be met by mega nonprofits that haven’t stayed in touch with their clients, who act more like for-profits than nonprofits and have “upper management” who haven’t delivered the organization’s services in years, if not decades, and this list could go on and on.  It can’t even be done by chapters of national organizations where national makes one size fit all, when the realities of life on the ground for the chapter in an urban area looks different than a fellow chapter in suburbia which looks still different than a chapter in rural communities.

While there certainly is a place for those kinds of organizations to play in our sector, they cannot possibly be the model of the future of our sector if we want to continue to be the sector that cares for the sick, feeds the hungry, nurtures the child, enriches our communities with art, preserves the environment for tomorrow, works for social justice for all, and more.  The sector evolved out of grassroots efforts and we cannot afford ever to lose sight of or value those roots.

To become the very epitome of what so many in this sector work for—correcting the unequal distribution of wealth and leveling the playing fields that result—would be calamitous.

Help us help you!  Please complete this short survey and help us to make a decision on whether to offer any classes in-person (starting in January 2022) or to continue online only.