Not even a full month into the new calendar year, and we’re seeing reports about the impact the 2017 tax bill changes are having on nonprofits.  We’ve got a survey on our website right now.  I’m not willing to call it research because some is questionable, some preliminary and, some really is just guesswork, especially since many nonprofits concede they are still trying to tally what came in by the end of 2018.  Given those caveats, please read on. 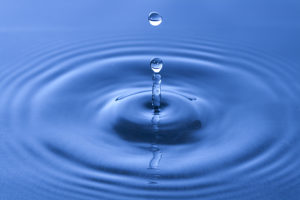 An important data point missing in all of this discussion, however, is this statement by a CPA:  under the new tax laws, itemizing is “impossible” for more than 80% of taxpayers.

Given that we are talking money, let’s talk about foundations’ support of impact investing:  investing their money in mission-aligned for-profit companies.  Granted foundations can do whatever they want with the 95% of their assets that the Feds don’t require them to spend each year, I still have to push back.

In a recent survey of the 15 largest foundations by The Chronicle of Philanthropy, only four—Ford, Kellogg, Kresge, and MacArthur—were involved in impact investing, using less than 1/10 of 1% of their endowments to do so.  The big foundations, however, aren’t the only folks in the social impact investing pond; there are also many other foundations of the “smaller” variety.  And, I get this, too:  the more people working to solve society’s ills and help those currently suffering from those ills, the more people working to enrich our communities, the better.

But is social investing the best way to move things forward?  I have, over the years, regularly asked my students whether they think B corporations and L3Cs are threats to the future of the nonprofit sector. To this, I now add impact investing.  No matter what the socially-good goal of these for-profits, they also have a goal of making money for themselves and their investors.  Nonprofits, on the other hand, have the goal of making money to improve on their ability to meet the needs of the public.  Should money that has been put into a foundation, achieving all the financial benefits of creating and maintaining a foundation, be used to line the personal pockets of anyone, even if it is only a small part of those charitable dollars?

I recognize that it doesn’t have to be an either/or:  either you fund nonprofits and make program-related investments, or you engage in social impact investing.  But where is the impact the greatest? Would the money be better spent going beyond the 5% mandatory minimum, putting more money into PRIs?  And are foundations engaged in social impact investing undermining the ability of the nonprofit sector to do its job?  Are they facilitating its demise?  And I’m willing to consider that the demise might be a good thing if I were convinced that these companies that foundations think are doing so much good were doing a better job than the high functioning nonprofits are.

But there is an irony here that should not go unspoken.  As we know, nonprofits are not only regularly criticized if they spend too much on administrative costs, such as salaries, they are penalized for it.  And, yet, here we have money going to for-profit companies that have no such restrictions on how much they should spend on overhead.  How can it be okay not to worry about overhead costs with one type of organization in which you invest, and have overhead cost be the death knell for another type of organization?