No surprise, 2018 has brought a lot of anxious questions about the implications of the new tax bill, especially when it comes to charitable giving.  At this point, we don’t know what is going to happen, but rather than wasting time worrying, let’s learn the facts and be proactive. 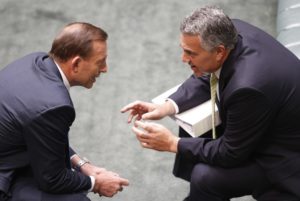 As soon as a change to the charitable deduction was proposed, studies came out of the woodwork forecasting how much money would be lost to charities by increasing the standard deduction.  The predictions were all over the map, from $9 billion to $22 billion.

And, so, the panic started.  But let’s look a little more deeply.  According to the Tax Foundation, in 2013, the most recent IRS data they accessed, less than one-third of American households (30.1% or 44 million returns) itemized their deductions; 101 million returns (68.5%) did not itemize their deductions.  (The remaining 1.6% of households weren’t eligible for taking any deductions.)  No surprise, the larger a household’s income the more likely it was to itemize:  93.5% of households with income over $200,000 itemized compared to just 6% of those with income under $25,000 and 41.7% of households with income between $50,000 and $75,000.  But what gets lost in the fray of talking about who itemizes is that many, many Americans who don’t itemize still give to charities.  Is there reason to believe that simply because the standard deduction is doubled that those who will now take the standard deduction stop giving?  I see no evidence to support that fear.

Consider a few pieces of data.  The average charitable giving on itemized returns is just under $5000.  According to 2014 IRS data, those with an adjusted gross income (AGI) between $75,000 and $100,000 took an average charitable deduction of $3,356; those with an AGI between $100,000 and $200,000 took an average charitable deduction of $4,130.  These same people may now do better by taking the new standard deduction.  But why should we think they will stop giving their several thousands of dollars to charities?  Under the current standard deductions there are plenty of charitable donations that go “unclaimed” and un-itemized come April 15, but still are given.  What should make us think that this behavior—giving to charities despite not being able to take an itemized deduction for that gift—is going to change—at least for these level of donors?

In fact, it isn’t the size of the standard deduction that should give people cause for concern, but a rather startling data point revealed in a study from The Chronicle of Philanthropy released last October.  In 2015, only 24% of those who itemized their deductions made at least one charitable deduction compared to the 30%-31% who did so a decade earlier.  The Chronicle study is not alone in noting that the number of households that give to charities has been declining over the past decade as a result of absolutely nothing to do with the size of the standard charitable deduction.  According to the Lilly School of Philanthropy at Indiana University, in less than 10 years, 2004 to 2012, giving has dropped from 67% of households to 59% of households.  One plausible explanation for this decrease comes from an economist at Texas A&M who puts the blame on the recession:  it broke people’s patterns of giving and they haven’t reacquired the habit.  Perhaps we should be worrying about how to help American’s reacquire that taste rather than worrying about how much money we might lose?

So, rather than sitting around wringing your hands, get some data.  Problems are always easier to solve when you know their scope.  If you don’t know the profile of your donor base, learn it now.  What is the range of gift sizes?  What’s the curve of your donors giving?  Do you get mostly small gifts, perhaps from people unlikely to itemize? or three figure gifts from folks who itemize? Do they give just once a year or multiple times?  Are most consistent and loyal donors or episodic or once and done?  And, while we should be talking with, and learning from, our donors on a consistent basis, if ever there was a time to talk with your donors, it’s now.  Find out what they are thinking; ask the question directly:  will the new standard deduction change your charitable giving and, if so, how?  We can’t address what we don’t know.  And, in the meantime, keep on doing what every good fundraising organization does:  telling great stories, cultivating and stewarding relationships and asking.