There is little doubt in my mind that the greatest challenge facing every nonprofit is not whether it is sustainable, but if it is viable.  Many nonprofits that aren’t viable have proven their ability to be sustainable—defined as the ability to be maintained at a certain level. 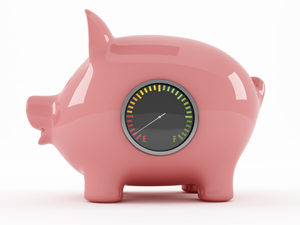 Sustainability makes no judgment as to the quality of the level at which the organization is maintained, simply that the level is maintained, month after month, year after year.  Thus, we can easily describe an organization that regularly operates month-to-month, hoping each month it will still be able to make payroll, and then does, as sustainable.  And there certainly are far too many nonprofits for whom this kind of sustainability is their quality of life.

Viability, however, does pass judgment, as it is the ability to survive or live successfully.  While reaching agreement on just what a successful nonprofit would look like is likely nigh impossible, it is safe to say that living month-to-month, constantly wondering whether there will be sufficient dollars to pay bills and from where those dollars would come, does not meet the definition of successful—accomplishing an aim or purpose.

Viability is about more than mere survival; it is about comfort.  Comfort in knowing that it will take more than one lost grant to bring an organization down.  It is about freedom.  Freedom to live without the angst of wondering if this is the year that will see the organization’s demise.  It is about calculated risk—to try a new program, to expand to a new community, to create a new staff position.  It is about breathing room to think about and plan a credible future further down the road than next year.

As the sector continues to grow at its current rate, and the available pool of traditional funds—government contracts and grants, private foundations and corporate grants, individual dollars—continues to hold steady, at best, and shrink, at worst, the challenge of viability hits more nonprofits than ever before.  The report released earlier this year, “The Financial Health of the United States Nonprofit Sector:  Facts and Observations,” produced by Oliver Wyman, SeaChange Capital Partners and Guidestar, simply provides concrete data to this already known problem.  Using the 990s from 2010 to 2014 for 219,987 organizations on Guidestar’s site, the report reveals some ugly facts.

First, half of these nonprofits have less than a month of operating reserves.  In these incredibly uncertain times, this is an exceptionally scary fact.  In the last two months two significant funders who fund in the Philadelphia region radically changed their priorities.  Any of those nonprofits with less than a month of operating reserves that have a program or programs funded in whole or in a significant part by either of those funders are in jeopardy.  They are scrambling, no doubt; but with less than a month in reserve, and, according to the study, less than six months of cash, the options are few, and none good:  cut a program(s), downsize staff, and serve fewer clients.  And what is even more disturbing in this study’s findings is that the paucity of reserves did not differ greatly with the size of an organization, from small (defined as an operating budget under $1 million) to “supersized” (defined as an operating budget of $50 million or more).  And while geography did not seem to influence this picture, the source of an organization’s funding did:  nonprofits relying on government contracts and fees for services were more likely to have greater debt and smaller reserves, while those organizations relying on traditional philanthropic dollars, generally have less debt and larger reserves.

This study also found that one-third of the organizations had three years of negative income margins, with expenses exceeded their incomes. Three deficit years out of five is a very strong indicator that a nonprofit is in trouble.  With three out of five years in the red, an organization cannot talk—or even think—about viability.  Rather, the board should be asking the question “is our mission still needed, and, if so, what is the best path forward for insuring the mission’s viability?”

Last point of interest from this study:  7 to 8% of nonprofits are insolvent.  Insolvency is the state of being where an organization’s liabilities are greater than its assets.  In other words, the organization simply doesn’t have the ability to pay its debts.  In this case, the study reports, it would take $40-$50 billion to make up the difference.  Honestly, the nonprofit sector can afford to lose 10% of its population without seeing a real impact.

Proponents of the Jack Welch school of cleaning house would probably argue for such a regular pruning.  And the sector could well afford to have a few more billion dollars being available to those organizations that are already viable, and those that are moving from sustainable to viable.

I’m hoping that this report and its key data points get into the hands of boards immediately, because my first thought in reading the report was, “How could a board let things get so bad?”  If reading this report leads just one board member to question, “Are we solvent?” and/or “What is the status of our cash reserves?”  When a board takes the time to seriously consider the answers, maybe the organization will move closer to viability.