On my drive into work one morning this week (all of 25 minutes), I heard three stories about cutbacks as the result of struggling economies.   Some are done deals, others still in the proposal stages.  There was the elimination of school bus service in a school district in Colorado (done), slashing the number of prisons in New York State (proposed) and the withdrawal of support staff in the courts of Florida (proposed).  I particularly liked one person’s comment in the Florida story:  would you send a surgeon into the operating room without any assistance?
Good point! 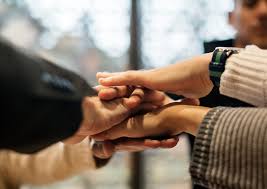 But increasingly, as I’ve written before, we are sending executive directors and the rest of the staff of nonprofits into the OR without any help.  And boards just don’t seem to mind, at least as exhibited by their lackadaisical approach to fundraising.  I’ve got two totally unrelated approaches for trying to address what I see as a huge problem.

Approach one:  rethink the consequences of having an over-extended and exhausted executive director at the helm of the organization directing an over-extended, exhausted and shrunken staff.  A light bulb went off  for me this past weekend when a participant in an all-day workshop I was doing on the executive director-board relationship played back for me a point I had made earlier.

I had been explaining the difference between the roles and responsibilities of the board versus the executive director versus the staff—a point that regularly seems to confuse, if not downright confound, board members.  His playback was so crystal clear and simple in language that it made the point absolutely pop—at least for me.

Rethink what may happen to an organization that doesn’t allow its executive director to work on the organization.

Approach two:  board members take a load off the executive director and start fundraising for that additional staff!  And here is an amusing tip:  whenever you fundraise, wear designer brands with visible logos.  You will raise more money!  Vestis facit virum—clothes make the man—the very first Latin phrase I learned in 8th grade Latin.

According to new research out of Tilburg University in the Netherlands, it isn’t the clothes that make a difference but the prestige—and visibility—of the label of those clothes that make the man—or woman.  Not only did this study show that people who were wearing noticeable status brand clothing and accessories get rated as of higher status and deserving of a larger salary and cooperation, they raise more money for charities.  Those individuals wearing designer shirts with logos raised almost twice as much money when doing face-to-face solicitations than those wearing a logo-free, non-designer shirt.   It is, according to the researchers, all about the peacock’s tail:  the more perfect the tail the more female peacocks he attracts.  So, put on your designer labels, signal that the nonprofit you represent is of high quality and go raise some money for your over-worked and overextended executive director and staff.

The second phrase I learned in my Latin class was Manus manum lavat—one hand washes the other.  So boards, go out and fundraise to give your executive directors the time to work on the organization to strengthen its performance and reputation which, in turn, will make you look very, very good.