What do these phrases have in common?  Philanthropy is not a zero sum pie, purposeful philanthropy, too many facts may not be good and political consumerism. 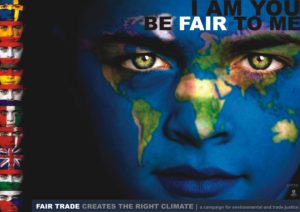 There has been much talk in the wake of the election and incidences of binge philanthropy about the zero sum pie that is philanthropy, with a lone voice claiming it is not.  Seriously?

The ACLU receiving six times as much in on-line donations in one weekend than it did in the entire previous year means that other nonprofits won’t be seeing those dollars this year.  It is the nature of the beast:  there are only so many philanthropic dollars to go around.  And though those who track giving in the United States tell us that we are back to pre-Great Recession days with giving again increasing every year, so is the number of nonprofits seeking those philanthropic dollars.

Nothing in the data from decades suggests that when giving gets disproportionately given to the causes of the moment that overall giving sees a parallel growth in total giving.  Thus, overall giving increase might increase some, but not sufficient to make up for the surge of giving received by the civil liberties and a variety of environmental groups in the post-election months, and certainly not six fold.  And, if the past is the predictor of the future, any increase in giving is likely to be due to more mega gifts than more people opening their wallets to give the little gifts that sustain so many and made up much of the giving surge we’ve witnessed.  Zero sum?  Yes.

We also have the voices claiming that in light of the proposed government cuts philanthropy is “more critical” than ever before and it best be “purposeful,” meaning that philanthropy must be used to promote “the common good and equality of opportunity for all and not just the privileged few.”  Huh?

As long as societies have needs to address—be it the need to educate the underserved or feed the hungry, protect the environment or share the beauty of the arts—philanthropic support will be critical.  Is it possible to have a time when supporting efforts to provide access to food, clothing, shelter, education, health care could not be critical?  And if philanthropists of all sizes aren’t always, regardless of the times, seeking to make purposeful gifts, to use their dollars (and time) to further the betterment of all, then what is driving their decisions?  A child suffering from food insecurity is no less hungry during a boom market as in a bust.  Purposeful philanthropy is needed and critical regardless of the times; to think otherwise gives too many people a possible pass, and neither the nonprofit sector nor society can afford that.

As every nonprofit plans for how it will attract its piece of the pie and some of those purposeful dollars, consider this insight.  A group of cognitive neuroscientists in England found that we hear facts that confirm our pre-existing way of thinking, it strengthens that opinion; on the other hand, we simply dismiss those facts we hear that contradict our way of thinking.  Trying to change a person’s thinking by adding more facts doesn’t work.  Adding emotion to the attempted persuasive argument, however, does.  Getting a person to feel (react to the emotional story) is more likely to change their minds than getting them to think (giving them more facts to process).  In other words, we are back where we started with a philanthropic appeal:  logic—the facts, the numbers—and heart—the tug on the emotions—bring out the dollars.

Which brings us to political consumerism.  Political consumerism, using consumption to make a political statement, such as buying free trade coffee or eating at a pay-it-forward restaurant or shopping at the independent store rather than at a big chain, has been on the rise.  A marketing researcher at Georgetown University looks at consumerism not through an economic lens, but through a psychological one, noting that political consumerism makes people feel powerful and defends their values.  Buying the free trade coffee, carrying the giveaway bag with the nonprofit’s logo, even the bumper sticker on the car, are acts of control, power and status.

In this present era, all nonprofits might just want to think of their donations as political consumerism.