Time and again, we see a problem of a few being addressed by a response that pulls in the masses.  Such is the idea of repealing the Johnson Amendment.  Religious organizations that are considered to be 501(c)(3) organizations already have a number of exemptions to the rules that govern the rest of the sector; why not do that here?  If it is so important to allow all religious leaders to be able to make political endorsements and preach politics, then Congress and the IRS should do what it does so well:  give them another exemption.  But don’t provide the rest of the sector the open invitation to succumb to the treacherous siren of being political. 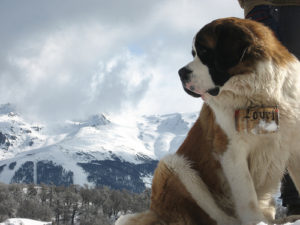 Being forced to be politically neutral has actually been a great gift that too few recognize, in part because of their own confusion about what they can and can’t do.  Just what do you think will be gained by being able to endorse candidates, tell people for whom to vote, put signs in your office windows?  The Johnson Amendment has actually saved nonprofits from many potential traps.  After all, being engaged in politics is much more dangerous than you might think.

So, there is this messy stuff called politics and the clean stuff called advocacy.  You actually advance your mission, while simultaneously ensuring its protection, by entering the political arena unfettered through advocacy.  With advocacy you educate all equally; you are looking to enlighten, seeking nothing in return except your listeners’ clearer, more accurate understanding (which, yes, you hope will lead to passing laws and policies based on that clearer understanding).

But in advocacy, you are always focused on enhancing your mission, and don’t risk entangling your organization with the quid pro quo expectations of support, endorsements, etc.   You also don’t risk offending a donor base that is far more politically diverse for most nonprofits than we may realize.

Unwittingly, nonprofits have benefited from the imposed neutrality, like Switzerland immunized from having to take sides, step into the fracas.  We should not want to lose it.