Home / Thoughts & Commentary / The Future of Equality in Nonprofits?

Writing this post on the morning after the primary that has a transgender person running for governor of Vermont and a Muslim almost guaranteed to become a member of the Michigan team, gives me hope as I report on a less than stellar picture of our own sector’s equality. 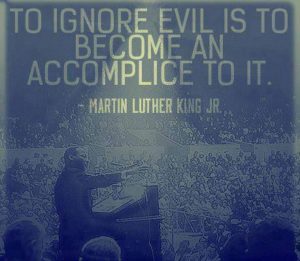 “Race to Lead:  Confronting the Nonprofit Racial Leadership Gap,” authored by Sean Thomas-Breitfield and Frances Kunreuther, while providing some “duh” findings also reveals some important lessons that every leader (yes, that absolutely includes board members) at every nonprofit should take to heart.

According to Thomas Breitfield and Kunreuther, the “most striking” feature of their 4,385 respondents, the vast majority of whom (4,055) were employed in the nonprofit sector at the time of the survey is the lack of differences in white respondents (who were 58% of the group) and people of color (POC) respondents (this 42% broke down as 15% African American, Latino/a or Hispanic (11%) and Asian American/Pacific Islander and Multiracial each contributing 8%).  The groups were similar in education, with little difference in the percentage of the two groups with bachelors or masters degrees.  There is virtually no differences in the annual salaries of the two groups, with virtually equal percentages of both groups earning at the lowest end ($30,000 and under), the highest ($150,001 or more) and every tier in between.  And despite the range in generations in the sample as a whole (38% were Millennials, 39% GenXs and 22% Baby Boomers), both the POC and whites have worked in the sector an average of 12-13 years.  Demographically speaking, the biggest difference in the two groups is found in their current positions:  53% of whites are in a senior management position, including executive director, compared to 48% of POC.  Each group had 18% identify as “middle manager,” while 32% of people of color and 28% of whites identified as line or administrative staff.

Given that slightly more whites than POC identified as being a senior manager, which would include being an executive director, it is interesting that a greater percentage (50%) of POC want to become an executive director someday, compared to only 40% of whites.  Do we ignore people’s aspirations and that is why we see fewer POC as executive directors?  Are folks not true to their own ambitions, being willing to do that which they claim they don’t want to be?  Do we see what we want to see?  Among those who don’t aspire to be the top dog, both groups cited the same reason:  they seek work/life balance.  There is nothing new in that finding, as, for quite some time, it has been the primary reason people give for not wanting to pursue the top spot.  The truly sad finding for the sector, and particularly important to note given the purpose of this research, is that more than double the percentage of POC said they weren’t interested in being an executive director because they were looking outside of our sector for their future (only 10% of whites are looking outside the sector).  If we want greater leadership diversity, we better figure out, and quickly, how to stem that exodus.

When it came to considerations of their suitability for an ED position, both groups were equally, and exceedingly (90% and above), confident in their abilities to “achieve real outcomes” and similar, though not nearly to the degree, in their belief that they could “leverage robust networks.”  Differences arose in two areas:  POC viewed themselves as able to “relate to my organization’s target population” to a greater degree than whites (88% and 77% respectively).  And though both groups were the least confident when it came to their fundraising skills, more whites (46%) called themselves a “good fundraiser” than did POC (39%).  Given some of the other finding of this research, it should probably not be surprising that POC were not as confident in their fundraising abilities as were whites.   Focus groups revealed that POC believe they experience greater scrutiny than whites, need to overcome preconceptions and stereotypes more than whites and need more credentials than similarly qualified whites.  More than a third (35%) of POC, compared to just 6% of whites, said that their race had some degree (from slight to very) negative impact on their moving up their career ladders.  (It might be hard not to have internalized some of this, thereby influencing your assessment of your own success as a fundraiser).  Conversely, 38% of POC said their race had some degree of positive impact on their advancement, while, quite oddly, a shocking 50% of whites felt the same.

The groups were similar in seeing the workload as the greatest challenge/frustration at their job (70% POC and 71% whites cited this), but, no surprise, more than a third of POC (36%) cited the frustration of “being called on to represent a community,” while only 14% of whites noted this as a frustration.

Not surprisingly, the perceptions held by POC and whites about things that suggest inherent cultural racism vary greatly.  Just over two fifths (42%) of POC say POC are less likely to want to work in a white dominated organization compared to 29% of whites; almost half (47%) of POC say POC need more skills than whites in order to move into the “C suite” compared to 29% of white respondents who believe this.  (Yet, in equal percentages, the vast majority of both groups, saw their own work track record and education, in that order, as having a positive influence on their ascent on the career ladder).  Almost twice as many POC as whites (56% and 30%, respectively) believe that the smaller networks of POC hinder their ability to climb the career ladder.  And, again, almost twice as many POC as whites (61% and 31%, respectively) believe that nonprofits led by POC have a “hard time fundraising.”

The somewhat good news is that the majority of both groups (57% of POC and 55% of whites) believe that there is a path forward for resolving the issues that race and diversity present in the nonprofit sector.  But POC are more certain than whites that not enough is being done to redress the situation, faulting executive recruiters for not finding more POC candidates and boards for not providing enough support to leaders of color, and believing that the perception of “lack of fit” keeps many POC from being hired and brought onto boards.

As a betting person, I would like stronger odds than the weak majority of POC and whites who believe we can overcome institutional racism and implicit biases.  No nonprofit should leave the work that needs to be done here to chance.  Intentional strategy, a willingness to have the hard conversations and a commitment to uncovering and eradicating unconscious/implicit racism and a guarantee to make the changes that are necessary, is the only solution.