My recent Google Alerts for nonprofits have yielded a sorry snapshot of the sector.  Eight of the three dozen or so stories were announcements of newly formed nonprofits, three were about organizations or their employees in trouble with the law and two were about how to check up on the “goodness” of a nonprofit. 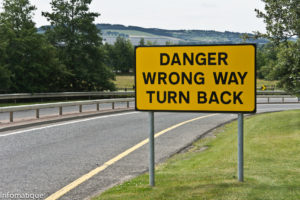 So, what does this say, beyond the obvious?  First, the sector must stop growing.  While their origin stories may differ, the screaming question in each case is, “Did you really have to start a new organization?”  While I’d like to be able to say, “I get ego,” I don’t.  Nonprofits should never be started to salve an ego, to fuel the idea that “I/my mission is special/different/unique.”

The reality is that none of that is the truth.  More than likely, the person/the mission is simply a variation on a theme that already exists—multiple fold.  And while the variation may be an interesting one—and, even, an important one—it isn’t sufficient to warrant a whole new entity that will require infrastructure, people, money, paperwork, reporting, etc.   And any variations that might exist are certainly not sufficient to warrant putting an additional tug on the limited pool of funds available to all existing nonprofits, but now must be stretched even more to support not merely the work of these new organizations but all of the associated costs that go along with any organization.

Second, the number of stories in this snapshot that reveal a nonprofit gone afoul of the laws and regulations that control nonprofits indicates that either people are jumping into nonprofits before they understand fully what is involved, and then never take the time, once in the sector, to learn and/or the nonprofit sector attracts people who are happy to ignore the rules of the game.  While I don’t think the sector disproportionately attracts the nefarious, the general public does seem skeptical of the sector.

The Chronicle of Philanthropy’s research released last October showed that just over 1/3 of Americans have little to no confidence in nonprofits; a key source of that uncertainty has to do with how nonprofits and their money are viewed.  We spend too much on salaries (yet, in the for profit world that gets framed, quite positively, I might add, as “attracting talent”), not enough on programs; we get too many breaks from the government and give too many breaks to our board members.  While the vast majority of the general public’s complaints about nonprofits and money flow from the public’s ignorance of nonprofits and not real wrongdoing on the part of nonprofits, there are some complaints that are justified as people jump into the sector without bothering to understand the lay of that land.

Not surprising, then, they find their own landmines.  Yes, there are laws around fundraising; yes, there are real and perceived conflicts of interest, stipulations as how you can and can’t use your raised money and should and shouldn’t use your earned money.  There are requirements such a having a board of directors, filing a 990, reporting any unrelated business income, and so very much more.  And while not all of those who end up in media headlines for violations of nonprofit laws and expectations are the new kids on the block, too many are those who never took the time to understand the ins and outs of being a lawful, ethical nonprofit.  And every time one of those headlines hits, the entire sector is damned.

Which brings us to the third message of these headlines:  nonprofits can’t be trusted simply because they say they are doing good work; you must research them to find out for sure.   It doesn’t make me happy to say that this is absolutely a true statement.  Unfortunately, so many think that the more times someone in a position of power and influence mentions the name of a nonprofit in the media the better that nonprofit is.  (And those making the statements are just repeating what they have heard others say.)  Just think of the American Red Cross and the Wounded Warrior Project to think of the irony of that approach!  So, we are seeing more media outlets finding the need to call people’s attention to methods and organizations that will help them check out the goodness of a nonprofit—and not just at the end of the calendar year when individual giving peaks.

This one week snapshot is a sad commentary.  It tells the story of a sector out of control, facing the same perils that any organization or sector faces when it is perceived as not having ground rules and boundaries, right ways and wrong ways, and every person for him/herself.  Only those of us already deeply immersed in the sector and doing it the right way can take the sector back.