With the influx of alternative models, from B corporations, L3Cs, social ventures and others social enterprises (for profit organizations that address social missions), how long into the future will there still be a need for nonprofits? 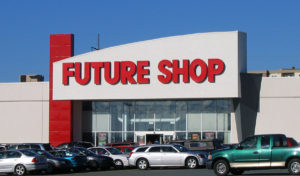 Having grappled with this question for quite some time, I still come up short.  I believe we need nonprofits because of the many positive differences they bring compared to for-profits, well beyond the difference of each mission; but I’ve not had good enough hard data to really know.  In my world, that meant I didn’t know, but rather only felt.  And that is not how I make decisions.

Fortunately, along has come the research of Saerom Lee, Lisa Bolton and Karen Page Winterich, who, through seven different studies, have given all of us the data needed.  At least for a while longer, the nonprofit sector is still needed in the minds of the general public.  There are lessons, however, that we can glean from their research that could extend that life much, much longer, should we take those lessons to heart.

Their studies showed, unquestionably, that people are much more inclined to support a nonprofit than a for-profit social venture with donated dollars and in other ways, such as buying products.  The more widely known it is that the group doing social good is a for-profit organization rather than a nonprofit, the more consumer support declines.  Seventy-five percent of the people in their studies had no idea that the organizations they supported were for-profits; once they learned this fact, their future support rapidly declined.  Thus, it is no wonder that these researchers suggest that if a nonprofit’s competition is a for-profit with a social mission, the nonprofit will gain should they make it well-known that the competition is a for-profit.

When consumers believe that an organization is making a profit on the backs of others, or at the cost of a social mission, they view that organization as greedy.  This is the phenomenon of “tainted altruism.”  Interestingly, people see doing good work that is driven by self-interest (i.e., making money from it) as worse than just “acting out of self-interest alone.”  This may help explain why the general public gets so much angrier and more aggrieved at nonprofit leaders who embezzle and misuse nonprofit’s – like William Aramony (UW of America) and Steven Nardizzi (Wounded Warrior Project) – than when for-profit leaders engage in the same behavior.

Lee, Bolton and Winterich point out that other research has shown that consumers see for-profit organizations as more competent than nonprofits, but not as warm.  While this smacks of perception based on stereotyping, we all know that perception is reality.  Corporations that are really, or, here’s that perception thing again, perceived to be socially responsible can raise their positive appraisal.  Social ventures, however, get hit with a double whammy:  as a for-profit organization they aren’t seen as competent as other for-profit organizations (though they are seen as more competent than nonprofits), while being seen as greedy for having a social mission while being a for-profit.  Greed, it seems, is often associated with insincerity.  Do you want your organization viewed as competent, but greedy, or less competent, but sincere?

Clearly, nonprofits don’t need to decide whether they want to be viewed as competent or sincere.  They do, however, need to make another decision, one, it could be argued, upon which their future may depend.  Nonprofits have the choice to continue as too many do, hoping others will notice their good work, investing nothing in marketing.  Or, they can take control of their messaging, very consistently, deliberately and explicitly presenting themselves as both competent and sincere—experts at doing the social good that is their mission, as well as expert in running the business side that fuels the good work.  And, while they are at, reminding folks that they are the nonprofit, while the other guys—and it is very likely that there will be more and more other guys—are not.