It seems that New York Governor Andrew Cuomo has painted a bulls-eye on his state’s nonprofits. He  recently announced the creation of a task force to audit nonprofits that receive state funds.  Not a bad idea in and of itself.  But these audits won’t be assessing the general financial health and well-being of the nonprofits; they won’t be looking for misappropriated tax dollars. 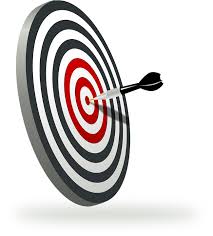 They will solely be about determining whether the salaries of the executive directors/CEOs is “appropriate.”  See, Cuomo thinks that heads of nonprofits are using taxpayer dollars to “line their own pockets” rather than helping New Yorkers.

The New York Post agrees, calling salaries of nonprofit leaders “to-die-for salaries?”  To die for?  Really?  Well, given the salaries the paper cites, maybe:  the head of the 25-acres New York Botanical Gardens earned almost $1 million for leading his $61 million organization.  Unreasonable? Unwarranted given the company he manages?  The Metropolitan Museum of Art, a $279 million organization provides almost $900,000 to its leader.  Exorbitant?  Really? And the head of the Lincoln Center, with an income over $205 million, pays its leader almost $2 million.  Out of line?  Cause for finger pointing and suggestions of lining pockets or, as the Post claims, deceiving “donors by letting staff make off with hefty profits disguised as salaries” and nonprofit staff “feasting at the public trough?”

Did anyone bother to calculate how many dollars, tax dollars and otherwise, any one of these organizations brings into the state coffers?  Each of these organizations is an icon in its own right; each draws in hundreds of thousands to millions of local, national and international visitors—and their attendant dollars—each year.  Feasting at public troughs or filling those public troughs?  Lining their own pockets or helping fellow New Yorkers?

It is just so damn easy, as I’ve said time and time again, to point the finger at nonprofits.  Just because they raise some of their dollars rather than earning all of their dollars by selling a product or service, doesn’t mean they aren’t businesses.  They have to run like a business to survive and they have to compensate their employees like a business if they want the best, brightest and most capable employees.  And who in her/his right mind doesn’t want that?

And yet, I have not seen the editorials, blog posts and social media going berserk, fanning the flames of the non-existent public ire over the data in the Institute for Policy Studies’ recently released 18th   annual report on for-profit executive compensation:  “Executive Excess 2011.”

Hard to know where to start with the most alarming—no, I’ll call it what it is, most disgusting—data points in the report.  How about the fact that 25 of this country’s most profitable companies pay their CEOs more than what the companies pay in taxes?   Verizon, the very same company whose workers recently were out on strike, got a $705 million dollar tax refund (that is NOT a typo) and paid their CEO $18.1 million.  Governor Cuomo and editors of the New York Post, where is your outrage?  Customers of Verizon, where are your angry tweets?   For that is absolutely a to die for salary—die of embarrassment!

But matters get worse.  Remember, 2010 was supposed to have been a bad year vis-à-vis the economy:  businesses were closing, unemployment was horrendous, people were losing their homes right and left; folks everywhere were finding it difficult to meet their basic needs.  Thank goodness, though, that there were plenty of nonprofits working hard to help their pre-existing and newly created clients.  All this while the corporate fat cats were getting fatter, truly on the backs of others, sometimes with returned tax dollars!  According to “Executive Excess 2011,” CEO salaries increased 27.8% between 2009 and 2010, while the average employee’s salary rose only 3.3%.   During this same time, the gap between a CEO’s compensation and that of the average, company employee went from a ratio of 263:1 to 325:1.  You do the math.  By my math, a hypothetical company could have hired 62 more average salaried employees with the greed money of its CEO.

And this is what infuriates me about excessive salaries for heads of organizations, be they nonprofits or for-profits, and what governors and attorneys general should be auditing:  far too often excessiveness is only applied to the highest leader, and sometimes the other senior leaders, rather than reasonableness being applied to all employees.  There is nothing reasonable, fair or equitable in having a CEO make 325 times more than an average employee.  Should the chief leader make more? I don’t have a problem there.  But to suggest that the contributions to the success of the organization—be it an organization that defines success by the size of its profit or the delivery of its mission promises—disproportionately rest on the work of the chief leader or the senior leadership time is ludicrous.   If the widgets aren’t made and the programs don’t happen, the organization fails, no matter how brilliant the head person.

Cuomo and his fellow travelers have missed the boat here.  This isn’t about to-die-for salaries and misuse of tax dollars.  This is about a misguided world view that overlooks the greed and inequities of the for-profit world while devaluing the contributions of nonprofit leaders.