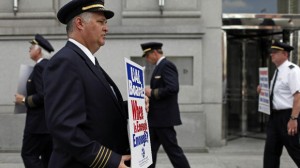 Recently, I was interviewed by a reporter from the Philadelphia Inquirer doing a story about the possibility of bringing PILOTs – voluntary “payments in lieu of taxes” made by nonprofits to their local government – back to Philadelphia.  PILOTs in general (and resurrecting them after having let a program lapse, in particular), are not unique to Philadelphia.  In fact, I’ve noted in several posts the correlation between the length of our current economic recession and the popularity of PILOTs:  the longer the recession has gone on the more popular PILOTs have become with local governments.

Philadelphia is no exception.  In 1995, under then Mayor Rendell, 46 nonprofits voluntarily paid $9.4 million.  In 2011, only nine institutions paid PILOTs for a total of less than $400,000.  For the record, there are tens of thousands of nonprofits in Philadelphia—that was true in 1995, true in 2011 and still true in 2013.  But jurisdictions never intend PILOTs to be for everyone–just the deep pocketed nonprofits.   Here we are in 2013, and two members of Philadelphia’s City Council are pushing to re-invigorate the PILOTs program.  No surprise that nonprofits aren’t pleased.

When I spoke to the reporter, I forewarned him, before he even got to ask me a question, that I was sure I would not be reflecting the standard nonprofit stance, while I simultaneously stole myself to be ready for some flack once the story hit the stands.  He shared a quote with me from a major nonprofit in the city in which the spokesperson said the nonprofit would take the payment of PILOTs under consideration but that it liked to target any “investment in the community” that it makes to align with its organizational mission.

Wow! Hold up!  PILOTs are not charitable dollars that we can direct to selected causes.  There have been periods when people have tried to say to the IRS, “Wait! Do not use any of my tax dollars to fund the X Department because it does not align with my philosophical beliefs.”  With few exceptions, this doesn’t work.

PILOTs are the cost of doing business as a charitable organization and not the payment of philanthropic dollars to the charity of our choice.  Nonprofit A and its for-profit neighbor B use the same roads, are protected by the same police and fire departments, benefit from the same sewer lines, enjoy the same city-maintained parks.  Why should nonprofits get the free ride while for-profits pay?  It doesn’t seem fair, right, just, equitable—the thesaurus goes on and on.

The first email I got in response to the article that had my succinct quote reflecting the sentiments above, felt rather aggressive.  The subject was “Taxes” and the body of the text was, “Are you in favor of taxing nonprofits or against?” The second email read:  “Please tell me that [reporter] either misquoted you or took you out of context. The last thing our beloved sector needs is to signal that PILOT’s are okey-dokey AND just ducky.”  Both emails were from friends.  So, I began explaining.

Unfortunately for you, the reader, the explanation isn’t a smooth cohesive one.  It has many different components.  In no particular order:

Payment of PILOTs – or, I’ll go ahead and say it, taxes –  to nonprofits is, to a certain extent, like buying your first home.  With that transaction, you’ve moved to a different stage in your life:  you have a mortgage, you are responsible, you are—okay, I’ll go ahead and say it – an adult.  For nonprofits, paying taxes is the same:  it says, we are responsible, we have an important job to do and, yes, we are equal to those for-profits so venerated in American society.

Read about the new push for PILOTS in the Philadelphia Inquirer >