I love good research and I love The Wall Street Journal.  But the reporting on the results of the recent research it did on salaries of nonprofit CEOs is emblematic of the problems of both much of the research about the sector, and the reporting out of that research. 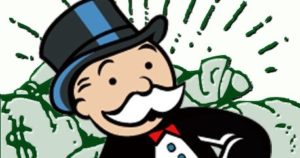 The Journal’s headline read, “Charity Officials Are Increasingly Receiving Million-Dollar Paydays,”* with the subhead of “About 2,700 people had seven-figure pay packages at nonprofits in 2014, a number that was up a third in three years, newly searchable IRS data show.”

Did anyone bother to read beyond these lines before the comments started flying?  The immediately responses were about tax payer dollars and phrases like “I thought they were about helping others, not themselves,” and “these are supposed to be charities.”

If we take a closer look at some of the facts and figures uncovered in the Journal research, including reading beyond the headline, this seemingly “outrageous” notion is neither outrageous nor offensive.  The Journal looked at the 2014 990s of all 501(c)(3) organizations that filed electronically.  There is no indication of what this total number was, but we know that the vast majority of nonprofits file their 990s electronically.  The Urban Institute’s Center on Nonprofits and Philanthropy indicates that there were 1.41 million nonprofits in 2013 (the latest stat).  Pulling further from this report, “The Nonprofit Sector in Brief 2015,” 77% of these nonprofits had budgets under $1 million dollars and 66.5% had budgets under a $500,000.  And this is not an artifact of 2013, but an historically consistent fact:  the vast majority of nonprofits are small!  They don’t have the capacity—even if they had the desire—to provide million dollar paydays.  But that fact was absent from this story and escaped the commentors.

Given that there are less than 10% of all nonprofits that even have the financial capacity to provide total compensation above the million dollar mark, is there really a story here at all?  Would a reader of The Wall Street Journal, learning that the CEO of a $21.9 billion for-profit company received an annual, total compensation of $17.6 million (as did the CEO of the nonprofit Ascension Health, that operates health care facilities in 24 states and DC, and provides “$1.8 billion in care of persons living in poverty and other community benefit programs”) bat an eye?  So, why such an extreme reaction to a nonprofit executive effectively running a billion dollar nonprofit organization? Is running a multi-site business that is mission-driven any less difficult than running a multi-site business that is profit driven?  You know the answer to that!

Despite the fact that a former senior advisor to Sen. Chuck Grassley of Iowa is quoted in the article as saying the harm done by compensation packages are those who are “supposed to benefit from these charities,” there is no indication that harm has been done to anyone, especially if it is true that those living in poverty received $1.8 billion in care from Ascension facilities.  Or, looked at another way, given that the CEO’s salary was only .8% of the annual operating budget how much was really diverted from helping the underserved?

By continuing to scream fire when there is none, board members who should be paying serious attention to the compensation of all of its employees are distracted from the real need:  to pay nonprofit employees, respectable, livable wages.  Yes, I can easily argue that paying anyone, regardless of where s/he works, $17 million dollars is obscene, ridiculous, unnecessary, beyond the pale, etc.  But the more important story, and the one the Journal, and everyone else, should be covering, is the paucity of wages on which so many nonprofit boards expect nonprofit employees to survive, as more often than not thriving isn’t even a remote option.

The exceedingly overpaid preacher, cited in the Journal article—he and his wife received $4 million in compensation in a year (2014) when the ministry brought in $8.1 million—noted that the board of the ministry approved this payment.  (It should be noted that he felt justified in receiving it as he pointed out he had worked for years with little to no compensation.)  He is correct in calling out the board’s approval, as it is the board of a nonprofit that determines the executive’s compensation and the budget lines that say how much will be spent on all personnel costs.  It is the board, dominated, increasingly, by representatives of the for-profit sector, which controls the purse strings that expand or tighten to pay staff.  The story isn’t that these purse strings are wide open; the real story—and the real injustice is just how little they were open for the vast majority of the almost 14.5 million employees working in the nonprofit sector back then.  Those purse strings remains as tightly drawn now as then.

*If you are unable to access the actual Wall Street Journal article, it is reported upon here >. A google search will immediately show how many other publications borrowed the sensational headlines.