Call them mistakes.  Or call them poor decisions.  Either terms actually gives the more credit than deserved.  These are simply dumb ideas that someone proposed and someone seconded.  Let what follows be a cautionary tale. 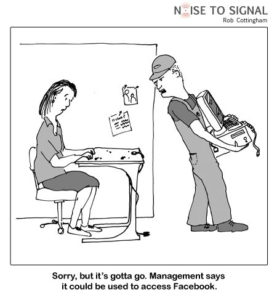 I don’t know Hamilton County’s purchasing and travel policies to know if they are sound or not, make sense for a nonprofit or not.  I do, however, know that nonprofits should have purchasing and travel policies, among the many other policies that any and every organization needs to ensure efficiency, effectiveness and consistency.  So, maybe the county’s policies are good models and could be easily adapted to the particulars of each nonprofits.  Fine.  But point b?  I can figure out the misguided thinking of this idea:  if a commissioner is sitting on the board, the commissioner will make sure that the county money is being used as intended, wisely and judiciously and being well-stewarded.  But will that county commissioner do all the other responsibilities of being a nonprofit board member?  Will s/he be an equally good steward of all of the other dollars the organization receives?  Will the commissioner be a good ambassador for the organization and give her/his own personal gift, as well as getting others to give?  Will the commissioner responsibly and reflectively engage in the creation of the strategic direction of the organization and its on-going policies? and attend meetings regularly? and more?  There are nine commissioners in Hamilton County, and 723 nonprofits that file Form 990.  Clearly, not all of those receive money from the county, let alone more than 25% of their, but my bet is there are more than nine that do.  On how many nonprofit boards can one commissioner serve?

Part of the way any donor safeguards its investment in a nonprofit isn’t by barging onto the board, but by doing solid due diligence in assessing the goodness of the applicant organization, including the soundness of its governance, the caliber of its paid leadership, the clarity, specificity and measurability of its impact goals, and an established process for accountability.  But it isn’t, I assure you, by insisting on having a spy on the board.

Thus, it should come as no surprise that I view clamoring for the star ratings of charity watchdog groups and seals of standards of excellence—the process of jumping through someone else’s hoops to determine if you are “worthy”—as a dumb idea.  The awarding of stars and seals tell us only how well a nonprofit performed to a pre-determined set of goals that more often do not correlate with doing truly good work and being a truly good organization.  But we empower those designations far beyond what they really tell us and allow the label—the number of stars the seal of approval—to be our shortcut so that we don’t have to do our own assessment of an organization’s true goodness.  We go for the shortcut—the grade someone else gave—and we stop there.  I made straight As from first grade through seventh, all without being able to read, even as standardized tests showed I was reading mega grade levels ahead.  I knew how to jump through teachers’ and standardized tests’ hoops.  I probably would have continued to fool everyone, at least through high school, but fortunately my mother discovered my secret  and the summer post 7th grade I learned to read.  That’s how I came to learn that relying on others to tell you how well (or not) you are doing is a dumb idea.

While this is far from the end of my list of dumb ideas, I’m not going to test my readers’ fortitude any further (for now).