Like American Express’ support of the little guy with its “Small Business Saturday” campaign on the Saturday after Black Friday, I want to a day that promotes supporting small nonprofits.  While it lacks alliteration, it makes an important point, and failing to do so is harmful to our community all across the country. 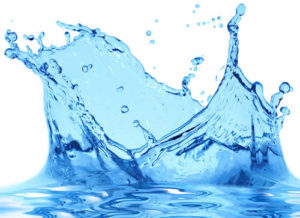 My concern for the disappearance of the small(er), community-based nonprofit has been growing over the years.  Are they ready to be put on the endangered species list?  Not yet, but there is certainly room for concern, for three specific reasons.

And where do these dollars go?  Generally to the mega organizations:  colleges, universities, hospitals, and, to a lesser degree, larger arts and culture organizations (see “The Great Financial Divide”).  I don’t begrudge any of the organizations their gifts.  But it just means a heck of a lot less money available to the rest of the sector.  And, while trickle-down economics may work for some, it doesn’t work for nonprofits:  not enough money trickles down to the smaller echelon of nonprofits.

If you need more evidence as to where these dollars go, David Callahan wrote in a New York Times op-ed that they go to where the mega donors have interests, regardless of public need and/or what a community, or government, may want or need.  At least the Gates Foundation attacks basic needs like health and water quality.  Jeff Bezos asked for ideas, even if he doesn’t follow any, rather than deciding for all that a community priority is more charter schools or green buildings.  Given that it appears that mega donors like to make a splash with their money, it is highly unlikely that a mega gift will make its way to a small, neighborhood nonprofit, no matter how well it works.

Second, though it didn’t happen in 2008 as predicted as a result of the Great Recession, the rise of mergers is a factor.  Increasingly, though, I see this phenomenon more as takeovers, even if they are called the less-threatening merger.  Mergers today, it would seem, are too often about sustaining nonprofits rather than about providing the quality and kind of services clients need and deserve.  Too many of today’s mergers seem about fulfilling the for-profit mantra of bigger is better, achieving economies of scale and other things that make the for-profit sector tick, but don’t necessarily transfer into the nonprofit sector.

Much of the work that nonprofits do is best done at a community level—whether that community is a neighborhood, a city, a suburb, whatever.  Nonprofits that are of a community, staffed and governed by those of the community, know its needs, idiosyncrasies, wants, etc., and are far more likely to provide what is needed rather than what is hot or what worked in another community, or what proved to be cost effective (regardless of its outcome effectiveness), etc.  They are far less likely to use cookie cutter tactics.  After all, everyone from the top of the organization down to the bottom may run into their clients on the street, in the grocery store, at a child’s school event.  Yes, the community-rooted nonprofit needs to be as business savvy as its multi-state brother, but it recognizes that it doesn’t have to sacrifice meeting the particular needs of its own community in order to be so.  It is a patchwork of big and small, top down and community up that make the nonprofit sector so rich and potentially so effective.

And, third, the rise of PFS—Pay for Success.  This is the funding model that everyone likes to call the win-win-win-win:  win for clients, win for nonprofits, win for funders, win for investors.  Really?  There is no question that this is one of those hot ideas that many—in government, in nonprofits and in the investor community—have latched onto, which is why it is one of the topics studied this round in my Nonprofit Issues and Trends class.  It was interesting to watch students’ assessment of this concept morph over the duration of the week as they gained more and more information on a topic that few knew at all or understood somewhat well.  Many initially, and rightfully, applauded the emphasis on evidence-based outcomes and the reliance on data.  But many were also equally clear that this was not a funding model within the capacity of small nonprofits, not because they couldn’t achieve the desired outcomes, but because they wouldn’t have the capacity to do the necessary measuring and reporting.  As the week progressed, some became increasingly concerned about the ethical question.  Just as schools too often teach to the test, would nonprofits cherry pick the easy clients, the ones most likely to achieve the defined success, and, thus, bring the money into the organization, while leaving to the side the more challenging situations?  Such a situation could compound the plight of the smaller organizations, as the big ones took the easy wins, leaving the most difficult cases for others—those others being the smaller organizations, already closed out from participating in any PFS funding model.  Either way—be it as a funding model inaccessible to small organizations operating on their own or by overtaxing their resources as they worked to help the most complex—PFS has the potential to harm smaller organizations.

Many shun “big box stores,” preferring the individuality, customer service and the “part of the community” element of their neighborhood merchants.  They recognize the richness that “small” adds, and just what would be lost if it all just disappeared, just as they recognize the value of what “big” brings.  And they know that both are needed, as both add value.   What do we need to do to get philanthropists to understand this same thing when it comes to supporting nonprofits?

[1] Mega gift gets variably defined, but there does seem to be agreement that a mega gift is at least a $1 million.