In the plants world, there are times of the year where you are and aren’t supposed to prune in order to yield more controlled and fuller future blooming.  Fortunately, while pruning in the nonprofit sector isn’t limited to certain seasons, we can still reap the same benefits:   a more intentional, stronger, fuller incarnation of ourselves in the future. 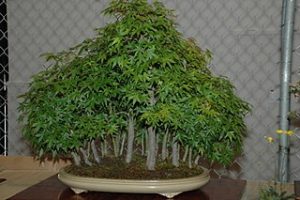 I regularly am told of boards’ and executive directors’ travails of working with individuals who aren’t producing as they should, are undermining the culture of the organization, are thorns in people’s sides, who enjoy the role of provocateur, and/or other troubling scenarios.  One of the great Achilles’ heels of the nonprofit sector is we have too many people in positions of power—on boards and in executive leadership positions—who want to be nice to individuals more than they want to be good to the collective of people who are the organization and more than they want to ensure the best possible job of delivering on the mission promises.  This is a problem that too many of these leaders allow to fester and malinger, doing even more harm, often insidiously, to the whole organization.

Peter Drucker, in his book Managing Oneself, and in a Harvard Business Review article, says good managers know themselves; Walter Bennis, another leadership guru, talks about great leaders being self-aware, having a clear understanding of their strengths and weaknesses.  The idea for both behind this ongoing voyage of self-understanding is that we must be true to who and what we are and complement our voids and weaknesses with others.  Drucker is pretty clear that it’s a fruitless task to try to change ourselves.  His message extends beyond ourselves to those with whom we work:  understand what you have, work with what you have but, in my words, don’t waste your time trying to change people, as you won’t be successful.  Use people in positions that play to their strengths; if their weaknesses are such that they can’t be mitigated or controlled, then help them move on.

We have been raised with the idea of performance improvement plans.  (While many use the acronym PIP for this, it just seems rather a poor choice for what a performance improvement plan is all about).  A PIP only stands a chance of changing a person if it addresses things that can be changed for the long haul.  Some people can learn to come to work on time, but not many who have entered the workforce can learn then to stop being a pot stirrer.  We can teach people how to dress appropriately or be more polite when talking to people, but by the time they are old enough to earn a living it is hard to teach them compassion or to not micromanage or to take responsibly for their own actions.   That said, most of us, if we want to, or feel enough pressure, can change, at least for the short term.  But in places of work and at board tables of volunteers we need long distance runners, not sprinters.

This is where understanding the importance of pruning comes into play.  One of the reasons too many personnel challenges in the nonprofit space fester for as long as they do is leaders’ failure to understand the positive impact of letting people go.  I get that there is an immediate and large negative impact on the employee let go and a smaller but still negative impact on the volunteer board member let go, but leaders are responsible for the whole and the whole must always come first, as it is the whole that gets the mission done.  No one individual does that.  Letting people go gives the opportunity to focus energy, attention and nourishment on the group that remains behind, to breathe and think about what is the best way to move forward (which is not the same as simply replacing those who are no longer there), assessing whether what had been is the best design for moving to the next iteration.  Removing those elements of the group that were diverting its energy and other resources from what is important—fulfillment of mission, delivering quality programs—is one of the healthiest things a leader can do.

And, speaking of removing things that divert resources, all what has been said applies to an organization’s programs, as well.  There are times in an organization’s and program’s evolution when it is just as necessary to cut them back so that they, too, can come back stronger.

As I’ve mentioned before in this blog, fearless leaders do the harder right rather than the easier wrong.