Home / Thoughts & Commentary / I Give, Therefore I Am

As nonprofits are pondering just how much money will come in over the remaining days of the calendar year, it seems fitting, in a sad, sadistic way, I suppose, to report on a study with the subtitle, “American donors are far less generous than they think they are.”  But maybe some donors will read this and as a result decide to go back to their checkbooks. 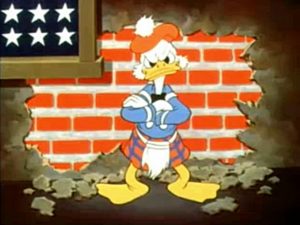 This study, the second in a series of research called “The Donor Mindset,” looks at American donor’s actual generosity and in comparison to the donors’ self-assessment of their generosity.  While generosity can be defined in many different ways, for this study, generosity was viewed not in terms of absolute dollars given but in terms of the percentage of gross, annual household income given.  If generosity is understood to be “the act of being kind and generous” and being generous is understood to be magnanimous, kindly, “liberal in giving,” then looking at generosity as a percentage of household income rather than absolute dollars is a much better indicator of magnanimity.

This study looked at 1000 Americans who had given to a charity in the previous 12 months.  The conclusion of the study:  Americans are not that generous.  Excluding giving to a place of worship, the average American donor gave just under 2% of her/his household income to charities; adding in giving to a place of worship, raised that to just 3.2% of household income, greatly missing the mark of a 10% tithing that many faiths promote.  A mere 4% of those who did not give to places of worship gave 10% or more to charities, while 8% of those who included places of worship in their giving gave 10% or more of their household income to charities.

But the really interesting part of this research is how people perceived their giving versus how they actually gave.  Unlike so many situations where we are prone to comment that “perception is reality,” this is sadly not the case here.  Were it true, nonprofits would be the recipients of many more dollars than they are in actuality.  The average donor who excludes giving to a house of worship thinks s/he gives 8.4% of her/his household income to charities—more than four times the reality of her/his giving.

Interestingly, only 1% of donors hit the mark and their thinking of their giving aligns with their actual giving.  But 88% of all donors overestimated how the percentage of household income they gave to charities, while only 11% underestimated that giving.  And the overestimation isn’t slim, either:  donors overestimate their actual giving by 331%.  That’s a lot of money that people are patting themselves on their backs for giving that never left their pockets.

And, yes, there are differences when breaking the group of donors by age, sex, how much was given, etc.  Women overestimate their giving to a much greater degree than men; those 65 and older overestimate much less than any age group, with those between 35 and 49 overestimating by over 400%; Catholics overestimate more than other faiths; and those who take the old standard deduction overestimate 1.5 times more than those who itemize.

But while Americans view themselves as more generous than they really are, they see their compatriots as being far less so.  The folks in this study believe that only 28% of American households donate to charities, and think they give far more (9.47% of their household income) than the average household actually does.  Noting that different studies show different percentages of households that give, this study found 55% of households give to charities, excluding houses of worship; that percentage rises to 64% when giving to a house of worship is included.  Fortunately, far more households give to charities than the average American donor believes, though they are giving less than believed.

Is this just interesting or is there value in knowing this?  Research over the decades has shown that when we believe others will, or are taking care of a problem, we aren’t as prone to step up.  When we see other people stopping to listen to the calls for help from the drowning victim, we believe those others will rescue the individual.  If we look around and see that we are it, we will jump in to save the individual.  If we believe we are giving more than we actually are, we may be less inclined to help the next time we are asked.  When we believe fewer others are giving, but giving more than we are, we may see the need as being addressed.  Perhaps we need to remind people about the importance of real generosity.

The Nonprofit Center staff is working remotely, but we are all reachable via email.  We have cancelled all classes remaining in our 2019/20 schedule. Our webinar library is currently available at no charge. If you need to contact us, you'll find email addresses on this website under Staff or Contact Us.  Stay well.